Home/Discs-N-Dabs 2017: The Recap
Previous Next

Discs-N-Dabs could not have started off any better than it did this past Memorial Day Weekend. As our inaugural tournament, it set the stage for many years to come, and we hope to see each and every one of you again in the future.

Thursday night, we began setup, arriving after dark and a quick stop at the local Hartsel bar, the only place open between Fairplay and Guffey that late at night. After a quick camp setup and some dabs by the fire, we crashed for the night in anticipation of opening day and the arrival of attendees. 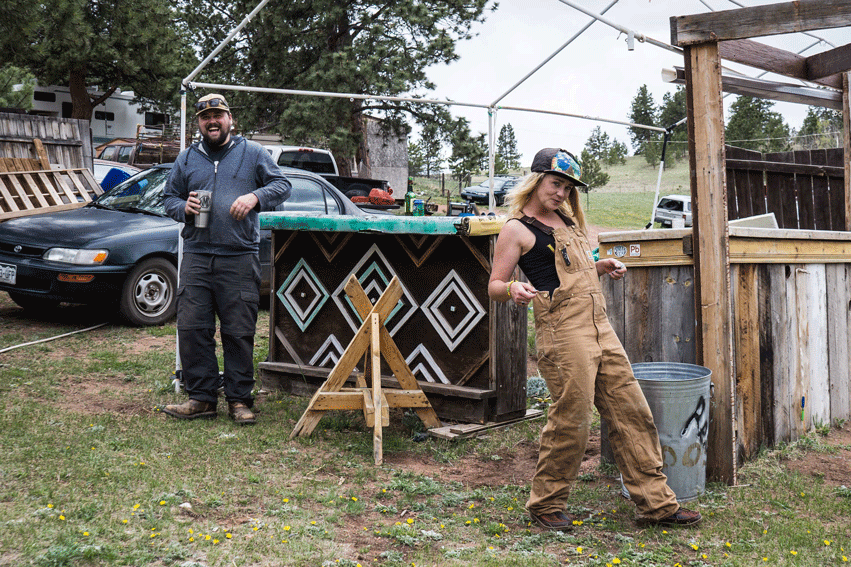 Friday morning came bright and early, with the sun rising around 6 AM. After a course walkthrough and some more dabs, people began arriving and there was smoked chicken provided by Shane, a neighbor and volunteer. Most decided to set up camp, get their waivers and wristbands in order, and hit the course for a day of practice before a lowkey night by the fire. Meanwhile, the hosts were putting a full pig and some whitetail deer in the smoker for the next day’s dinner. 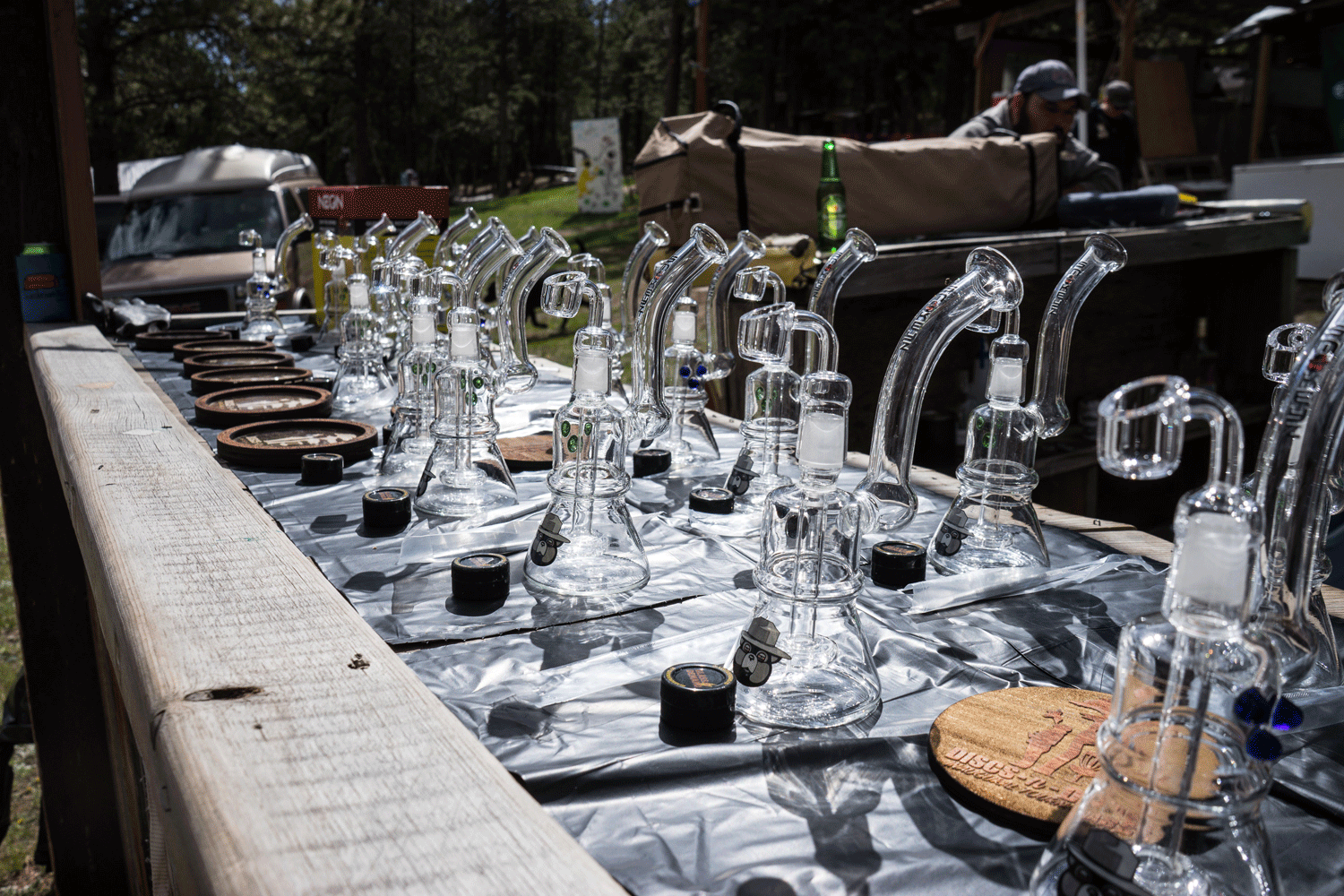 When Saturday morning came around, the camp was alert and ready. Especially because it began to hail for a solid hour of the tournament sign-in and first round. Participants were given score cards, assigned a play order, and told to hit the course and begin taking dabs. Each hole was outfitted with a glass rig, dabber, and hash container sponsored by Glass on Demand. Each team had to take a dab at each hole before continuing along. 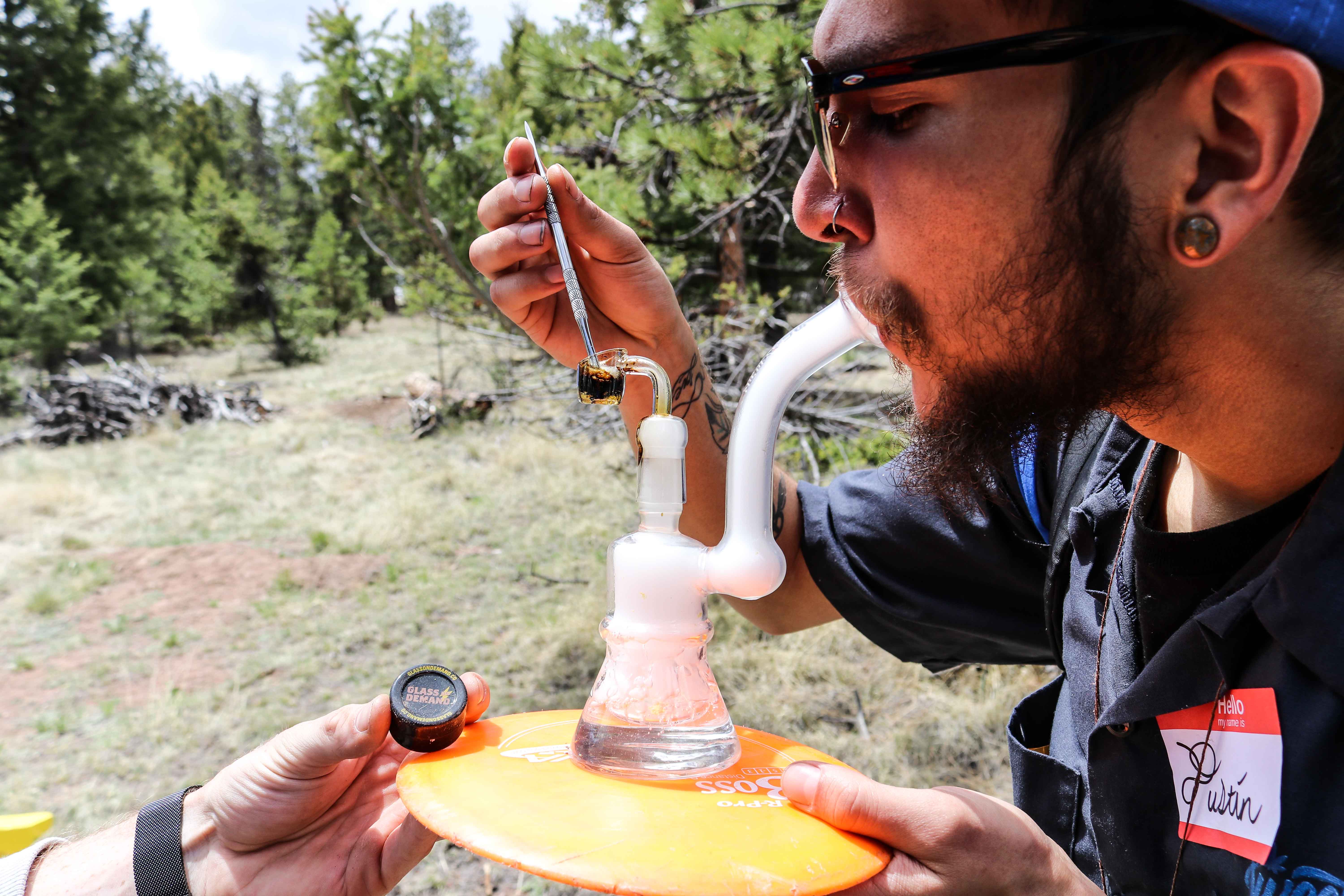 With the Ace Pool, Closest To Pin and Divisions in place, teams hit the course for either Friendly (single day) or Pro (two-day) division play. Following the first day of tournament play, Black Mountain’s host Cousin Eric unleashed his smoked pig roast and whitetail sensations upon the crowd to a sea of hungry and dabbed out disc golfers. As things wound down, our musical guests took the stage, providing an incredible soundtrack to the camp bonfire and raffle. 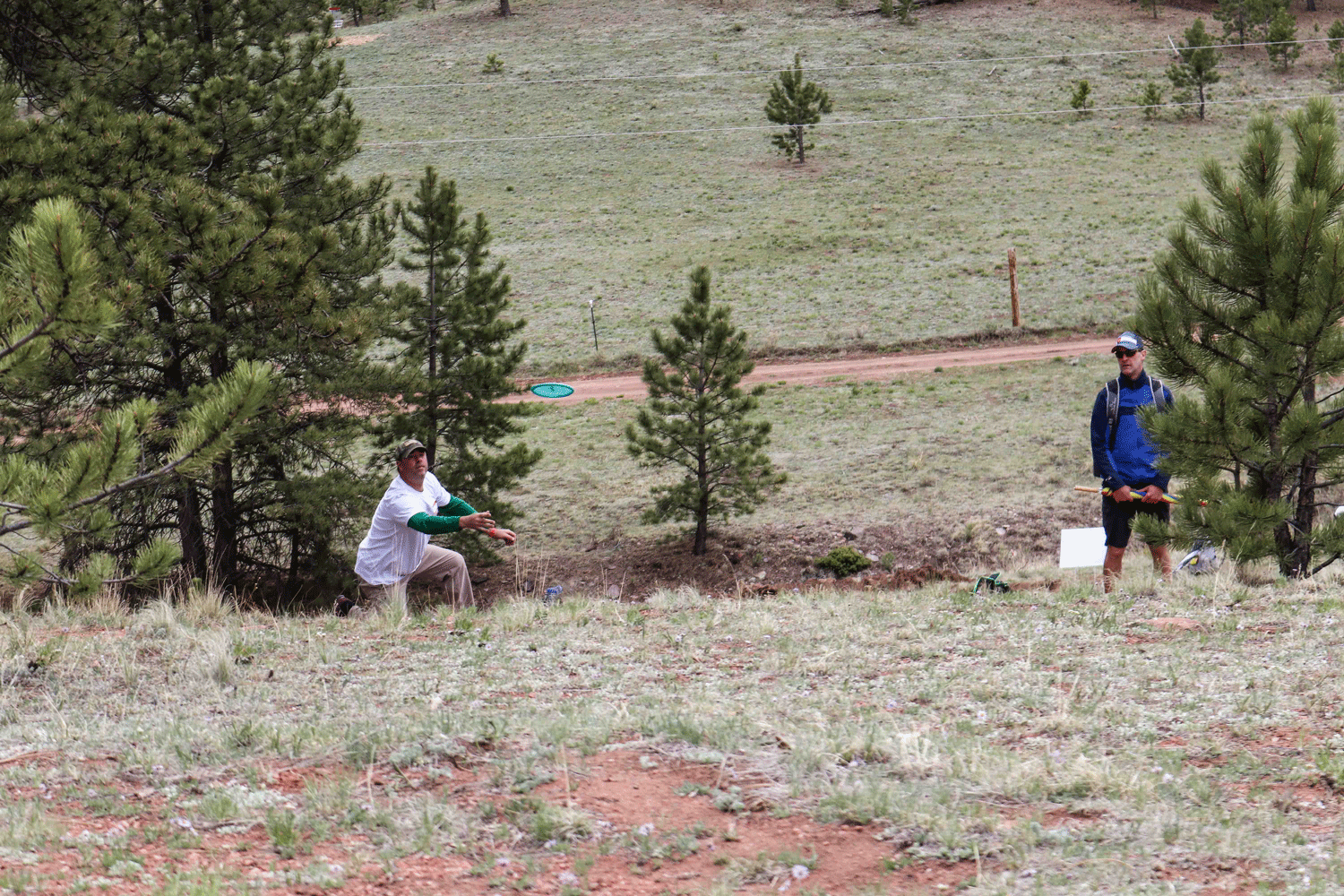 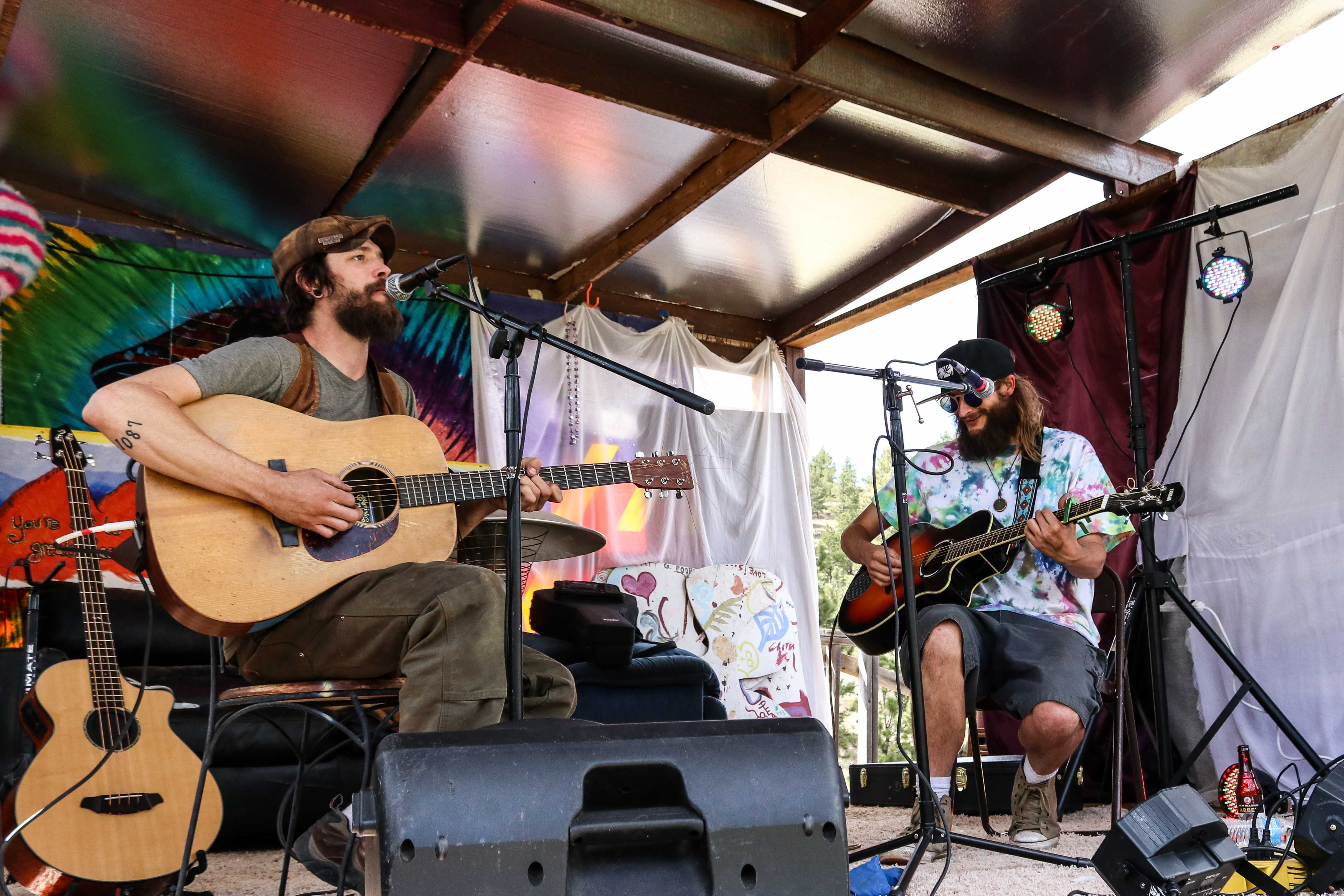 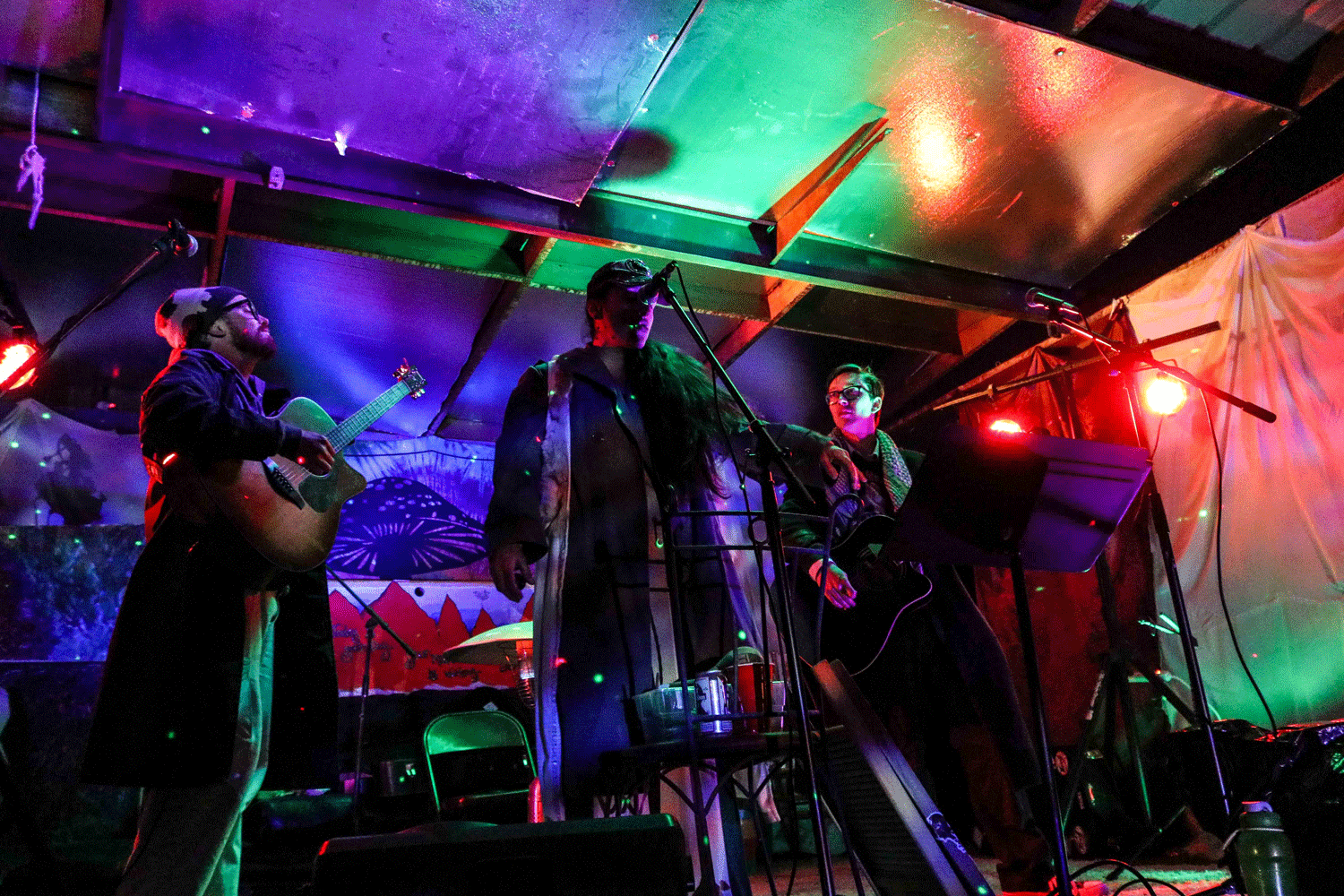 On day two of the tournament, everyone came prepared with a strategy. Some had taken too big of dabs too early on in Day One, while others were thrown off by hail. Either way, the teams were determined to know where they stood and who they had to beat to secure a winning spot in Discs-N-Dabs History.

With the sunshine in our favor, the teams headed out to play round two of the tournament. Friendly divisions restarted their standings for the day as well. Lunch was a mixture of smoked chicken, pork and whitetail deer, as the tournament wrapped up. For dinner, the Black Mountain Soup Kitchen whipped up garlic bread and lasagna for our hungry participants as they awaited the awards announcements, Sunday’s raffle, and more musical guests.

When the tournament finished, three teams stood alone as victorious: 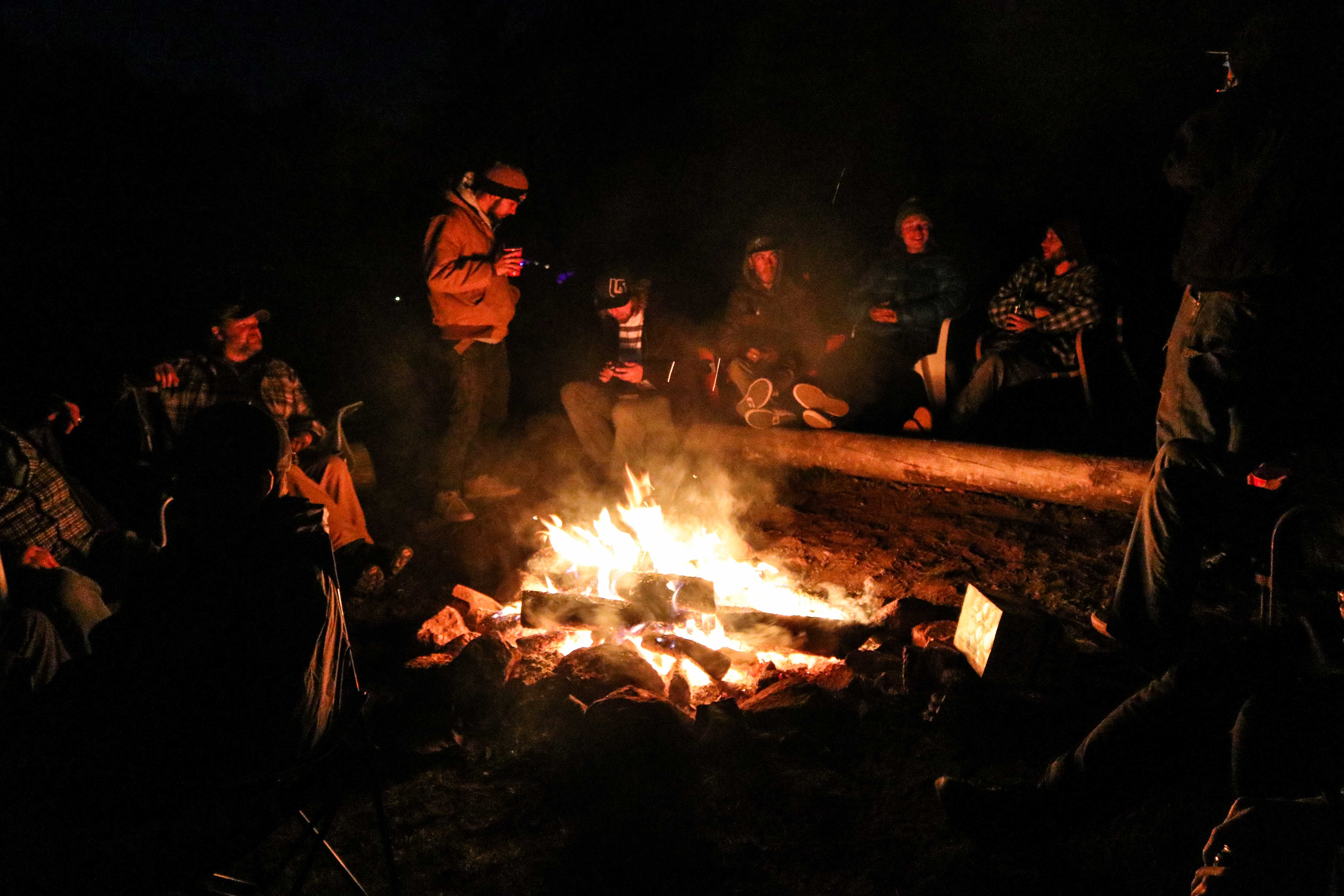 As the music and campfire began to wind down, a small group were determined to enjoy the clear skies and brisk weather of our last night at camp. One attendee brought glow-in-the-dark Bocce Balls, and a group of 15 or so went out into the woods for a few hours of cosmic Bocce Ball before heading in for a few hours of sleep.

Monday morning came early for the Bocce crew, and the rest of the camp began to pack up their sites. After a communal breakfast of banana bread, fruits, and some exceptional medicated honey, we headed up to Hole 2 for a scenic overlook and morning yoga led by Ahimsa Yoga. After two days of disc golf, the gentle flow program allowed attendees to stretch out and come to a peaceful state, recollecting their experiences from the weekend.

After Yoga and camp cleanup, the last remaining group went on to continue a CannaVentureCrew tradition: Paradise Cove and Dinner in Guffey. While only a few of us ended up cliff diving into the frigid water, we all headed back to the Bull Moose in Guffey for one last meal on “Guffey Time” before heading home. AS always, the end of the event came far too soon.

I cannot wait to share more experiences like these with you all in the near future. We will be co-hosting Black Mountain Family Reunion this year with the awesome people from Black Mountain Family Disc Club so be on the lookout for announcements. We’re also hoping to have a few hikes between now and the end of the summer so be sure to follow us on Instagram, Like Us on Facebook, and sign up for our mailing list.

Thank you to everyone involved for a tremendous inaugural event. Discs-N-Dabs 2018 will take place on Memorial Day Weekend 5/25/18-5/28/18. See you there!

To request more information or discuss a sponsorship, you can reach Cannabenoid directly at Ben@Creativebenefits.org.