Our second event of the year was a huge success in spite of the rainy weather! The plan was to hike the entire Mountains Sanitas & Mount Sanitas Valley Trail Loop, around 3-4 miles in total (Depending on how many excursions you take). While many worried if the rain would hold up long enough for the hike, more than 20 brave souls were up for the challenge, regardless of what the weather might have in store. 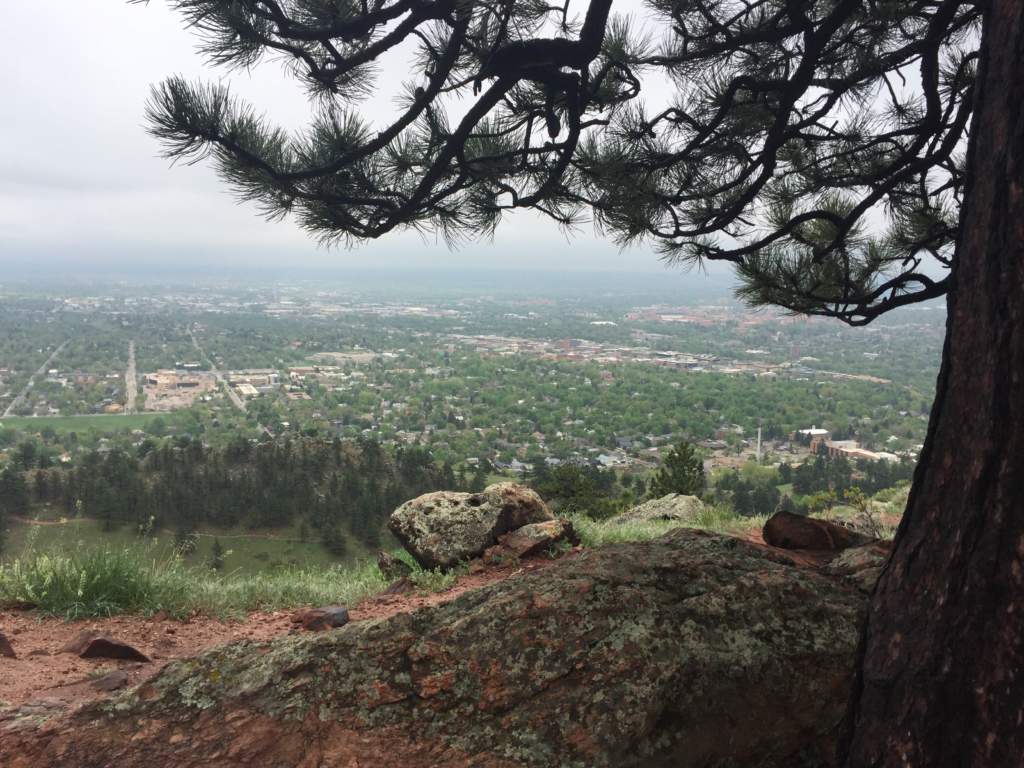 We met at the Centennial Trailhead off Sunshine Canyon in Boulder, CO at 2PM. The rain was down to a mere sprinkle, though a few wrecks on the highways had delayed the arrival of all attendees. A few people who came up from Colorado Springs arrived right around 2:30PM, just in time for our sponsor, High Desert Cultivations, to say a few words about their newest products, High Desert Clouds. Clouds are infused marshmallows, or, as they like to call them, “mellow mallows.” CannaVenture had samples of the cherry, orange creamsicle and S’mores (CBD) mallows for those that arrived on time and had RSVP’d, (Side Note: If you will be late, letting us know is the best way to ensure you aren’t left behind.)

The rain had come to a complete stop, and we headed out from the trailhead. As usual, the group naturally divided itself up amongst the fast, moderate and mellow paces, which allowed attendees to hike at whatever pace was comfortable for them. As the fast group reached the trail split, we gave the crew an option: hike steeply uphill for a gradual decline, or hike uphill gradually for a steep decline. The group chose to do the harder half first, and off we went up Mount Sanitas trail. 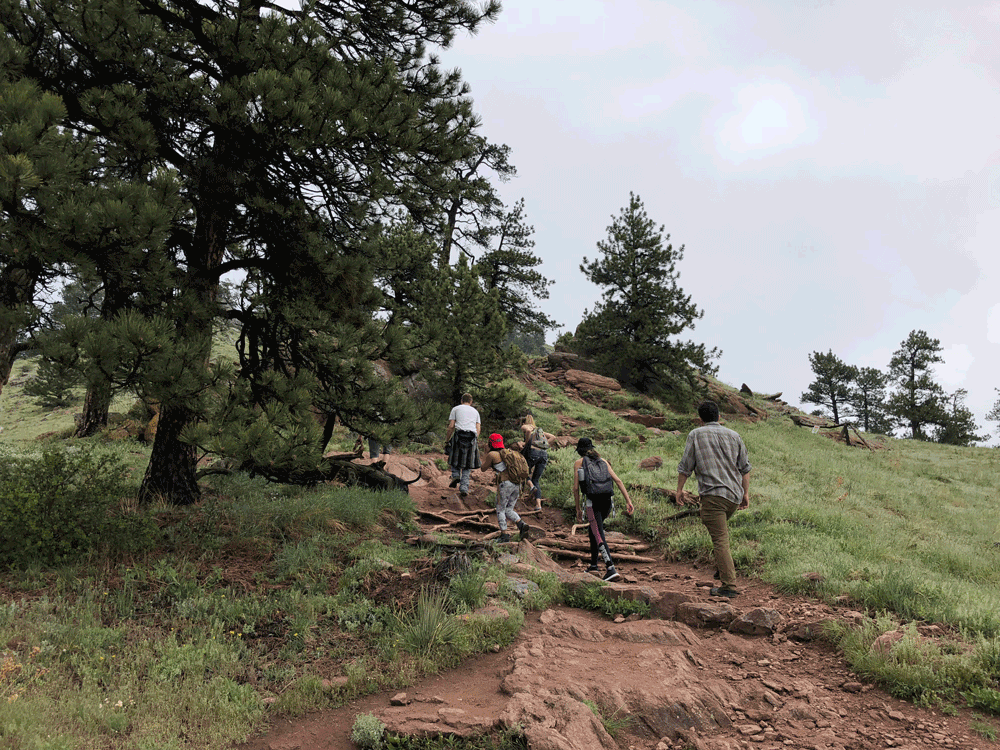 The first few miles of Mount Sanitas are no joke. The entire loop is rated as moderate, and I’m convinced that is an average of the hard first half and the easy second half, rather than an all-around moderate rating; You ascend just over 1200 feet in the first mile or so. 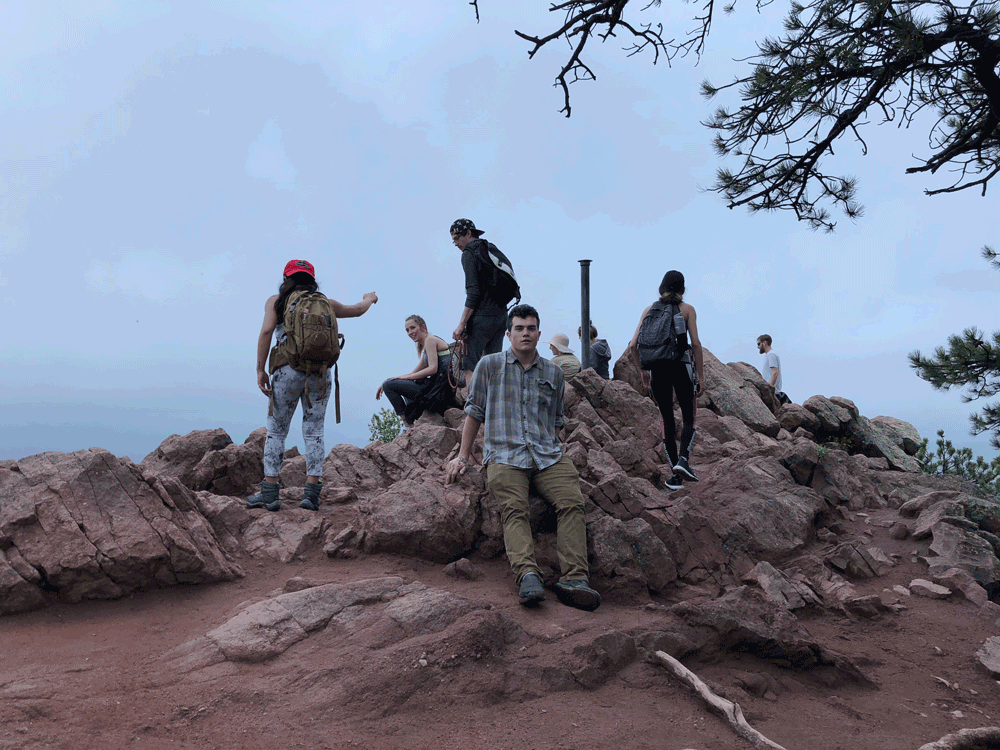 Because it had been raining most of the night and morning prior to the hike, we were lucky enough to have a fairly undisturbed event, with only a few other people on the trail. Unlike in my previous hike up the mountain, there weren’t tons of families and people at the top of the mountain, which allowed for us to set up a hammock, enjoy a relaxed sesh, and even get some pictures at the top. 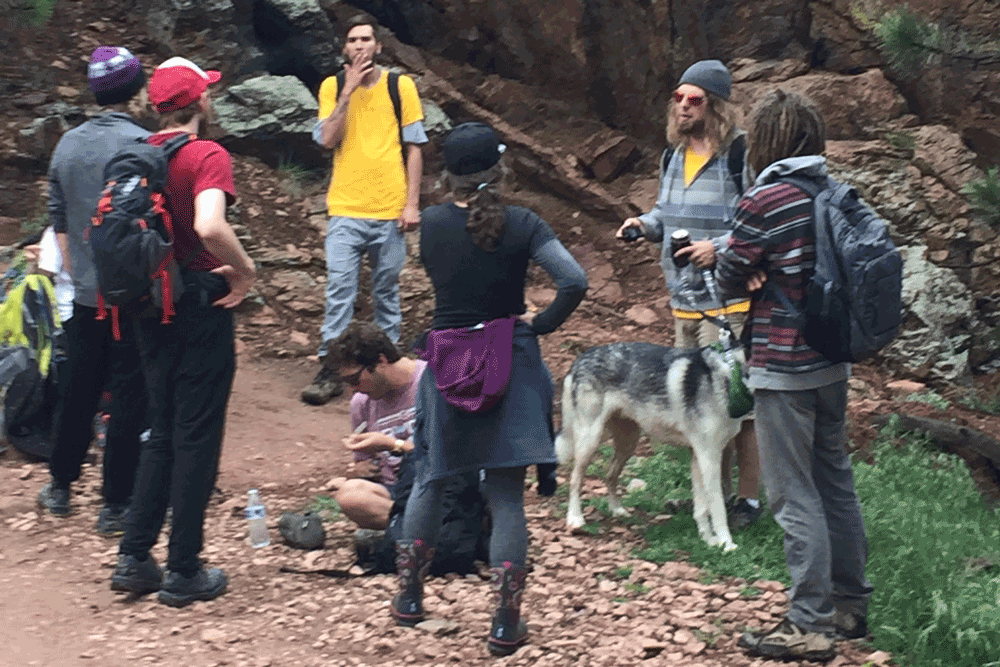 Some of the mellow-paced hikers opted to head down the mountain a bit earlier than the rest of the group to get a head start. Once everyone was sufficiently elevated, we packed up our gear and began our descent. About 2/3 of the way down, long after we’d hit the relaxing portion of the trail, a light sprinkling of rain began, eventually ramping up to a consistent downpour. By this time, most of the group had made it to the shelter at the beginning of the trail, and congratulatory high fives were given out all around. 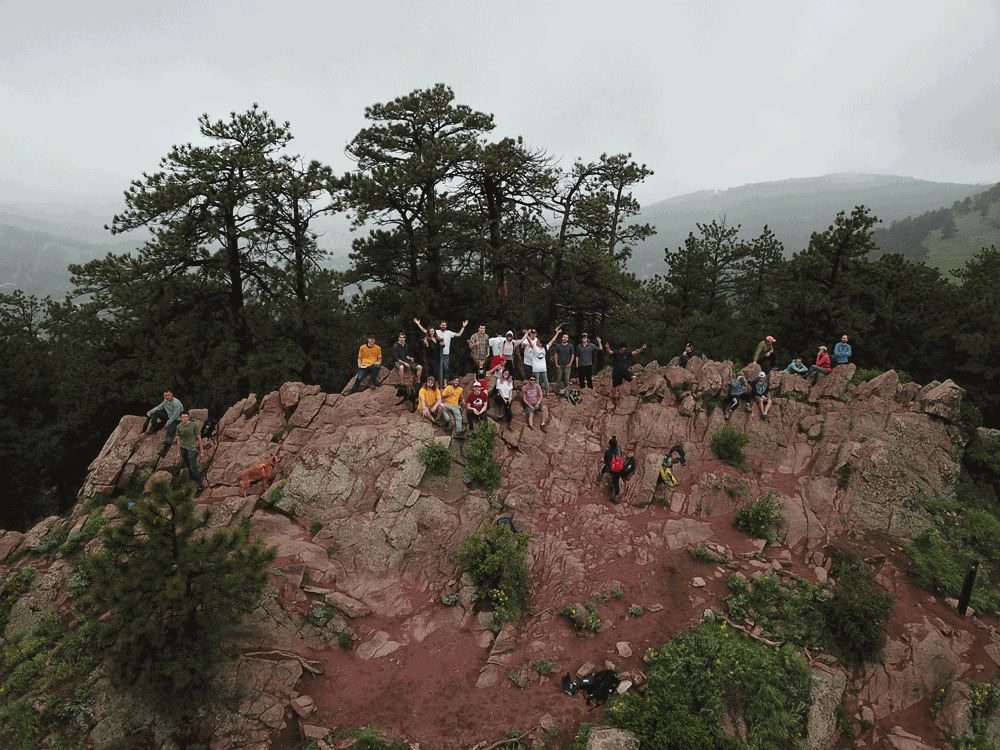 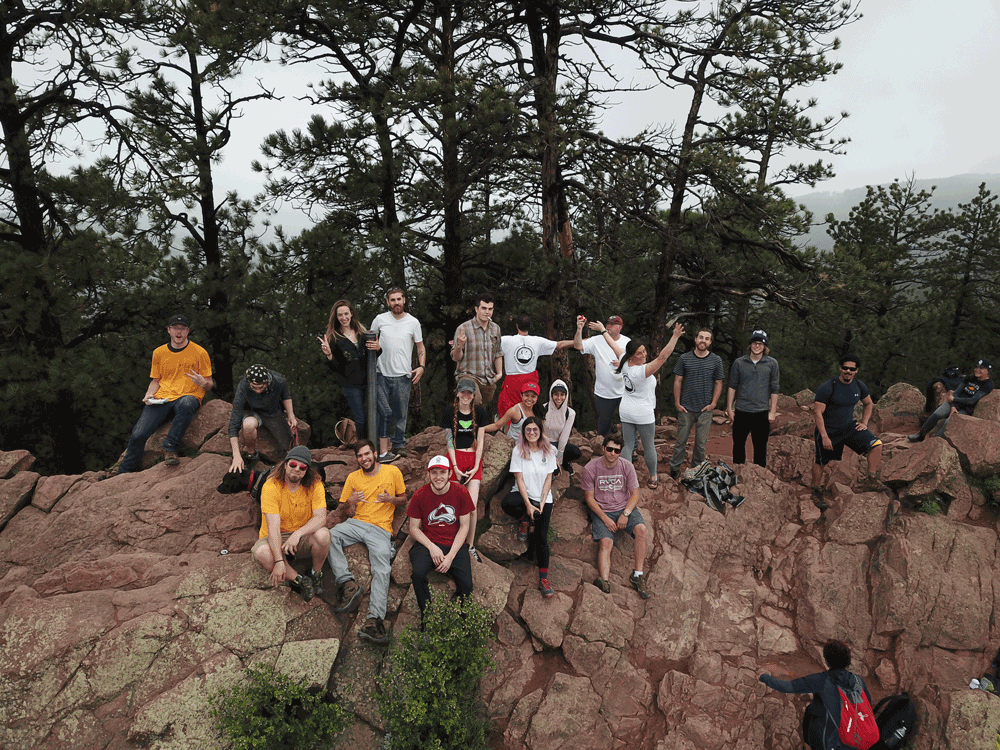 Many of the attendees hadn’t explored all that Boulder had to offer, and, at the insistence of a few crew members, we packed up and headed to the World Famous Dark Horse for wings, burgers, fries and refreshments. Another hike in the books, and another well-earned celebratory meal. 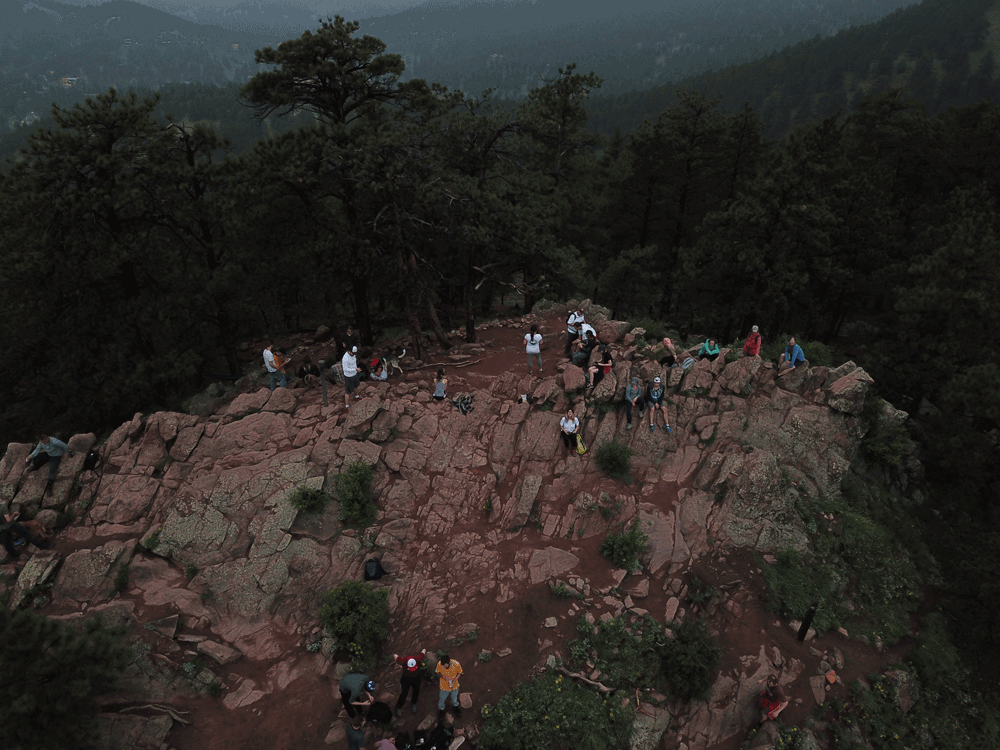 Our next hike is on June 16th in Evergreen, CO and we would love to see more of you there. Head on over to the event page for more information.