Let’s start with: I generally don’t use or enjoy creams, lotions, topicals or anything that makes me feel greasy. Whether it’s sunscreen, bug spray, aloe vera, or even a medicated option, I’m generally someone who just avoids the entire category, or finds that very narrow range of products that don’t end up leaving that oily, greasy feeling when used; I’ll use spray-on sunscreen or bug spray, for instance, if I don’t have to rub it in with my hands. That being said, I’ve used a few topicals from a few different brands, and never been very impressed. I’ve never been displeased, just never really noticed any effect one way or another. 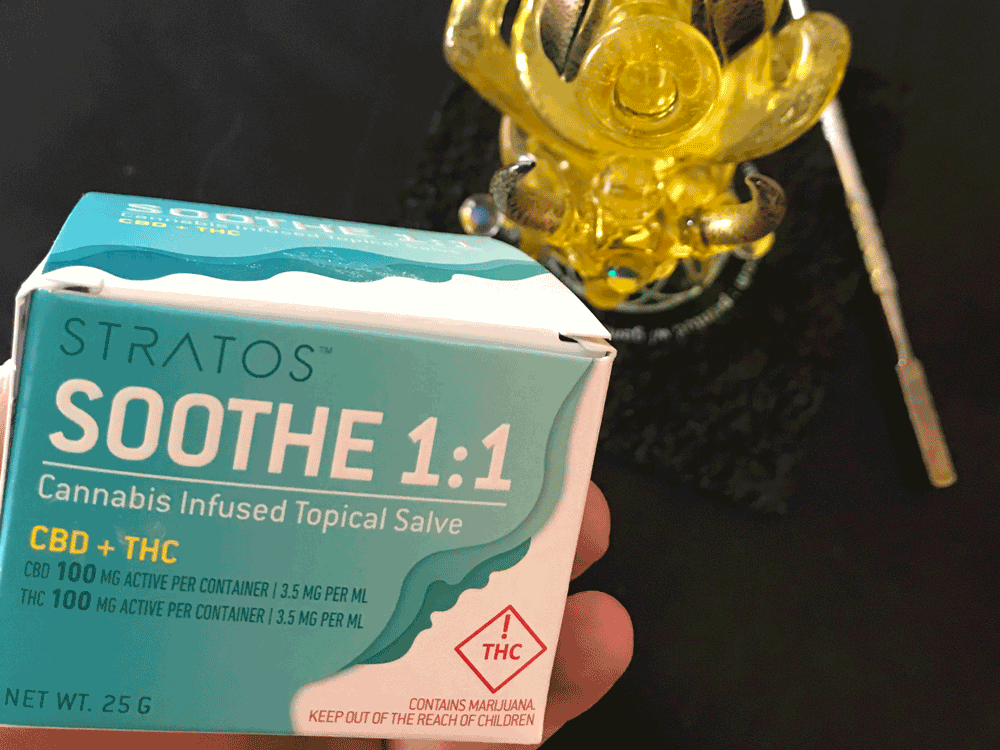 Now that we’ve gotten that out of the way, when Stratos approached us to discuss our first hike of the season, they also wanted us to try out their new salve. I was familiar with their other products, and had not heard about the new 1:1 salve that they just released, Soothe, which is available at most places that carry the rest of their product line. The idea was that this salve might be a great option for hikers, backpackers and adventurers of all types as a target way to alleviate the strains and pains of a day’s worth of legwork. 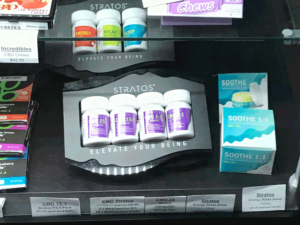 I picked up my free sample of the product from Boulder Wellness Dispensary and, after a few days of it sitting on my counter, I decided to give it a try since my calves were killing me after a night hike the previous day. We took a trail near NCAR up the trail to Mallory Cave, and I actually had the salve with me for the entire hike, I just never got a chance to use it on the hike. So, the next day while my legs thanked me for the intense climb, I decided to try out this new salve and see how soothing it really was.

As I mentioned, I’m not the most well-versed in salves, but I was pleasantly surprised with Stratos’ new product. The packaging is great (I’m a marketer/huge sucker for well-designed packaging) and the product is incredibly fragrant when opened. No, it won’t skunk up your house. Rather, it gives off very strong peppermint and coconut aromas. The package lists a variety of essential oils, but the menthol scent is definitely the most prominent.

Sticking my fingers into the salve did offer a slightly greasy experience, but nothing I would assume is any different than other topicals. On the plus side, the salve rubs in easily and doesn’t leave your skin feeling like you slathered a dollop of oil on there, which was very important if I was ever going to use this salve again. I put a few dime-sized globs on the backs of both calves and let the product absorb. Similar to aloe vera, there is an instant soothing sensation when applied to the skin that dissipates shortly thereafter as the salve is absorbed.

For the next 10-15 minutes, I let it work its magic, distracting myself with other tasks and work. The salve does leave your hands rather fragrant, so you may want to wash them after use. What I started to notice was that the pain in my right calf had all but disappeared and the pain in my left calf was only a fragment of what it was before using the salve. Now, I know there’s something to the placebo effect, and I also know that I wasn’t in crippling pain when I started the test, but I still believe that the salve had a noticeable effect upon my post-hike recovery, which is the whole point. 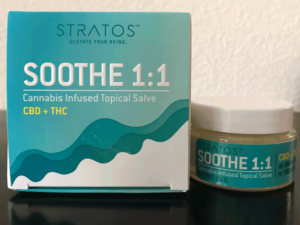 Bottomline: Even if you aren’t a regular cannabis consumer, if you’re an avid outdoor adventurer, this product makes a great addition to post-hike routines and can be easily brought along on a campout without adding much weight or taking up much space.