We arrived for the final hike of our fourth season just after 5PM in anticipation of a few early arrivals. Crew members began showing up just after 530PM, and, by 615PM, we had nearly 20 people and a handful of dogs in attendance. Because of the late time and the sunset, we decided to take a group photo before the hike began and the light had disappeared. After some introductory remarks, Verde Natural explained more about their living soil cannabis offerings and showcased different products that they offered at the dispensary, less than a quarter mile from the trailhead. 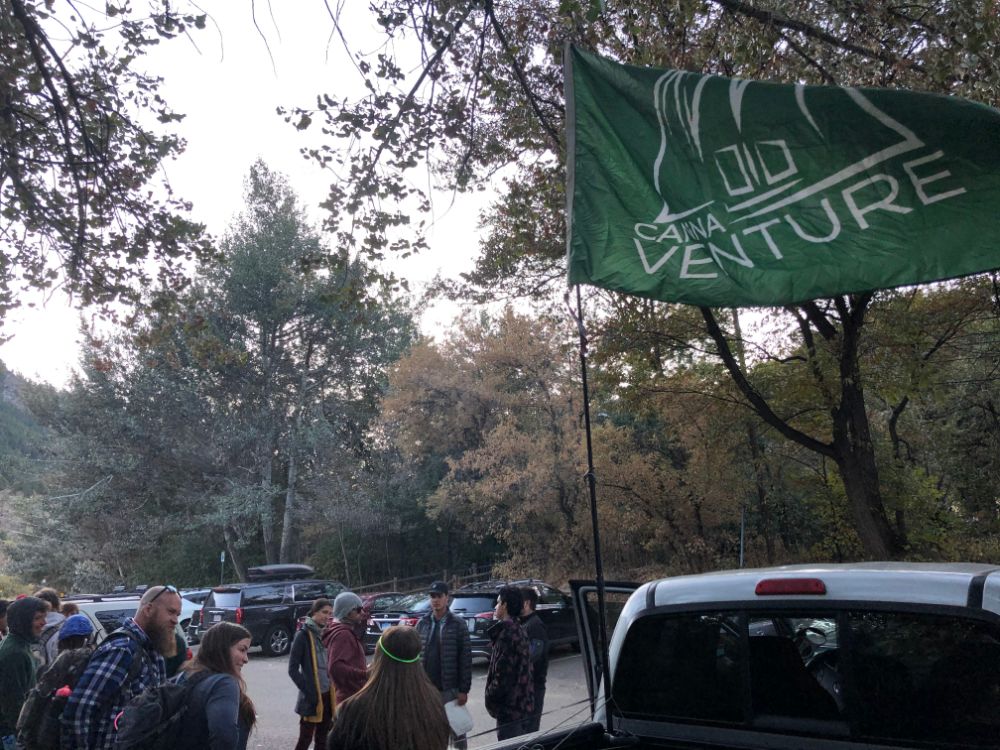 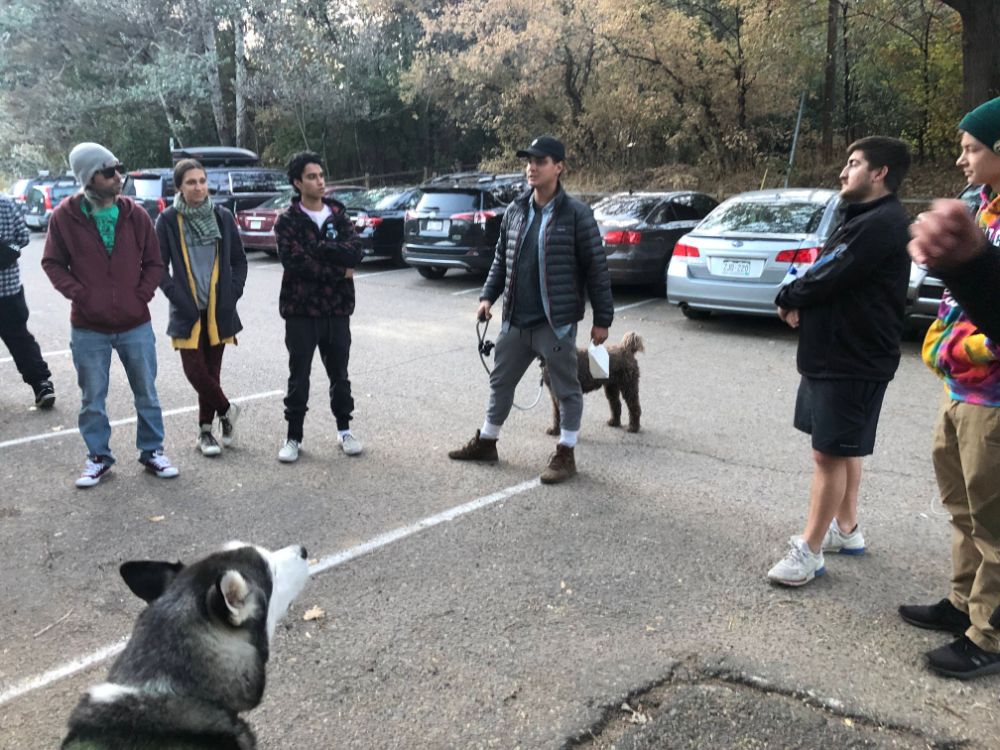 Once the crew was ready, we headed up Red Rocks Trail towards Anemone Loop. Red rocks Trail connected Settler’s Park with Anemone and other loops including the Southwest Canyon Loop. 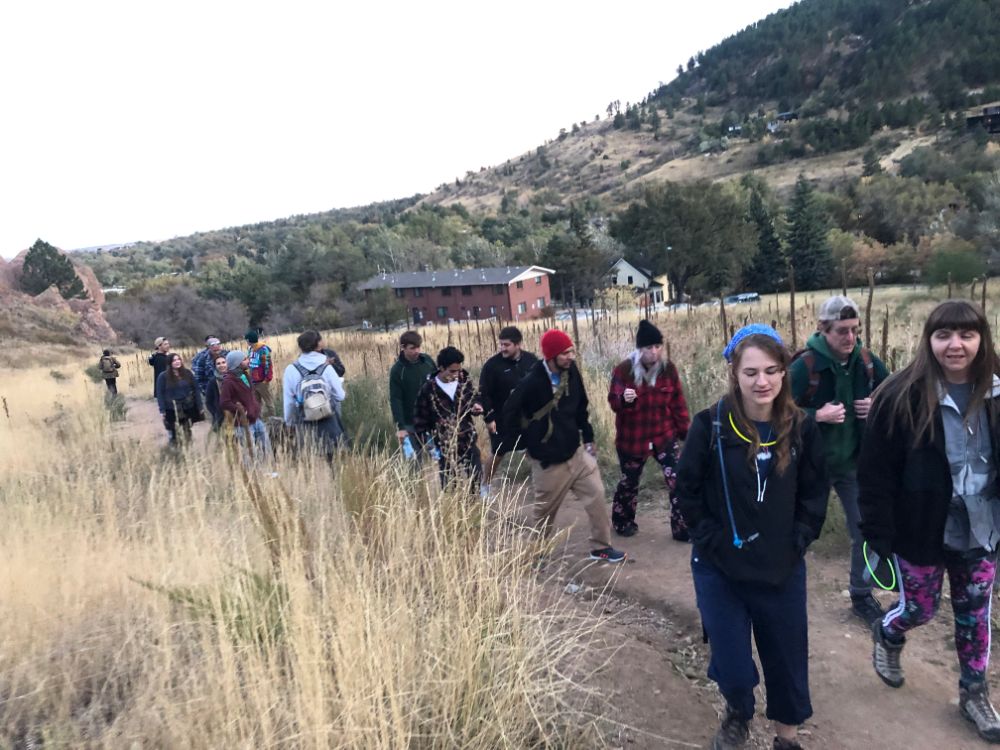 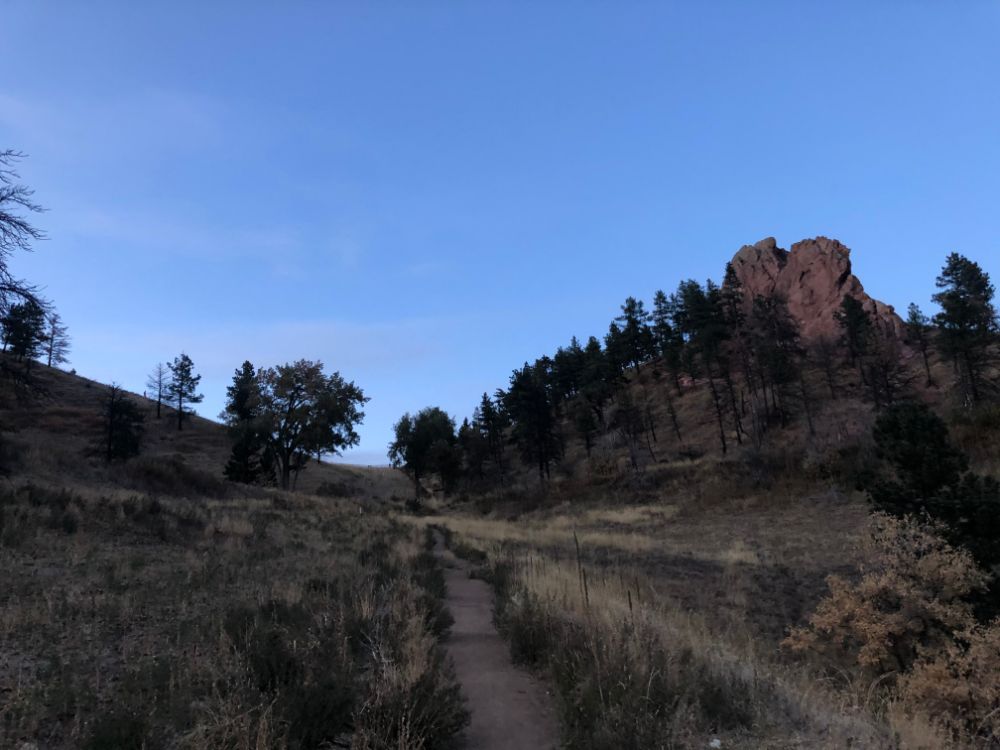 The ascent can be steep and challenging, so we rested at the fork in the trailhead after about a half of a mile. Many took this opportunity to fire up prerolled joints from Verde Natural’s garden, enjoying a variety of distinct cultivars. 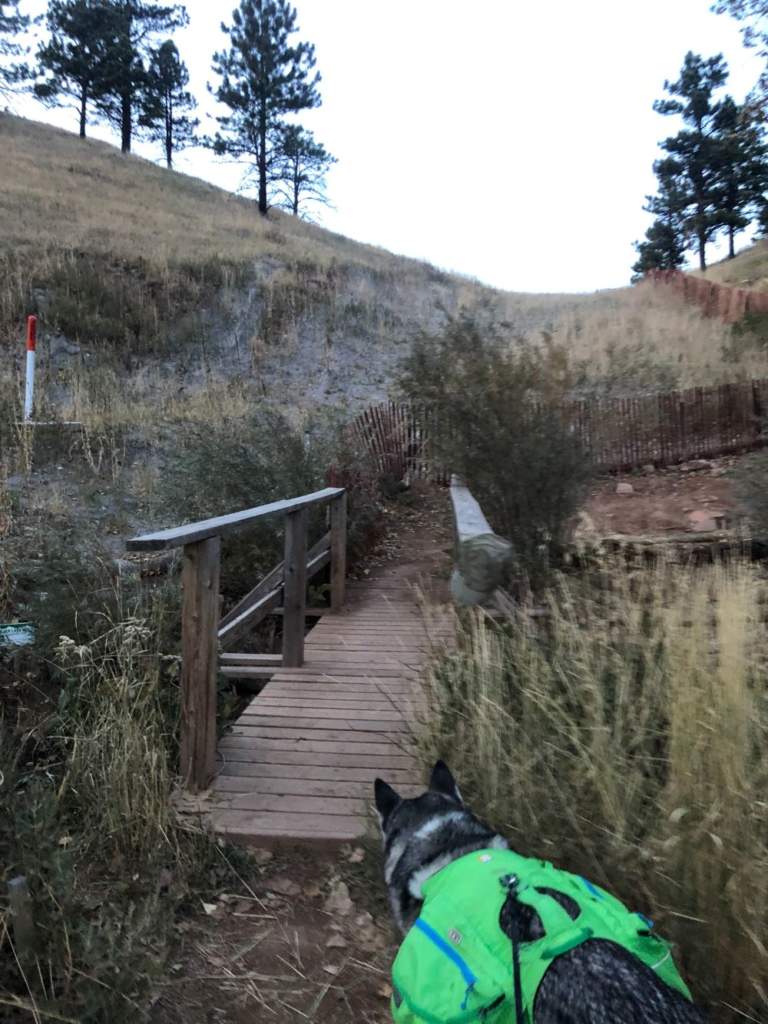 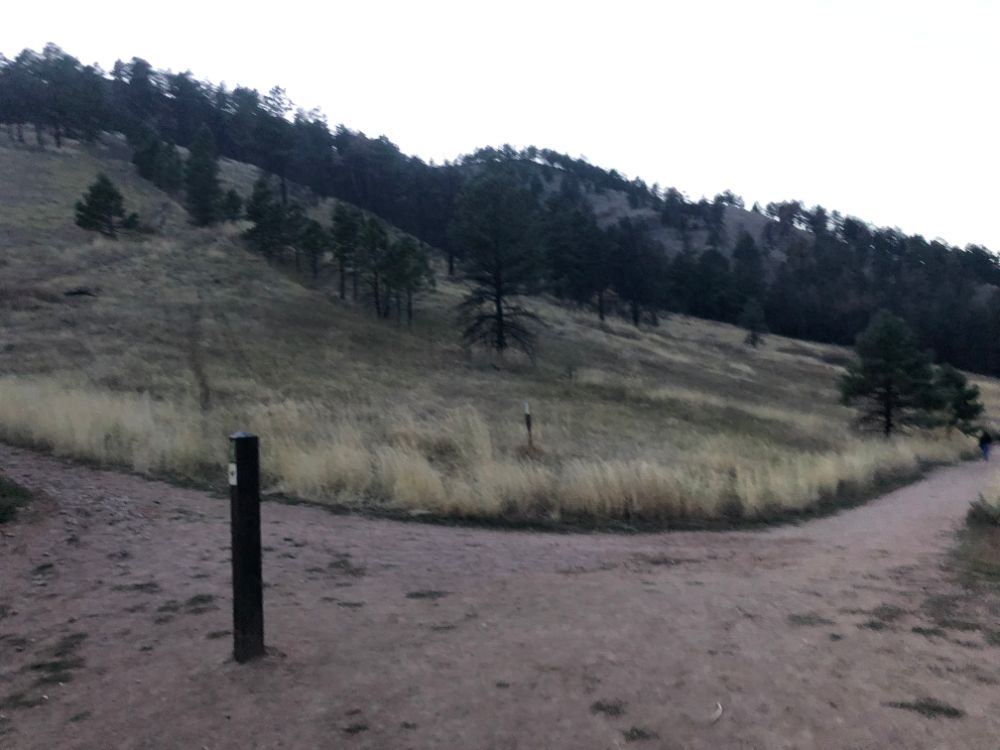 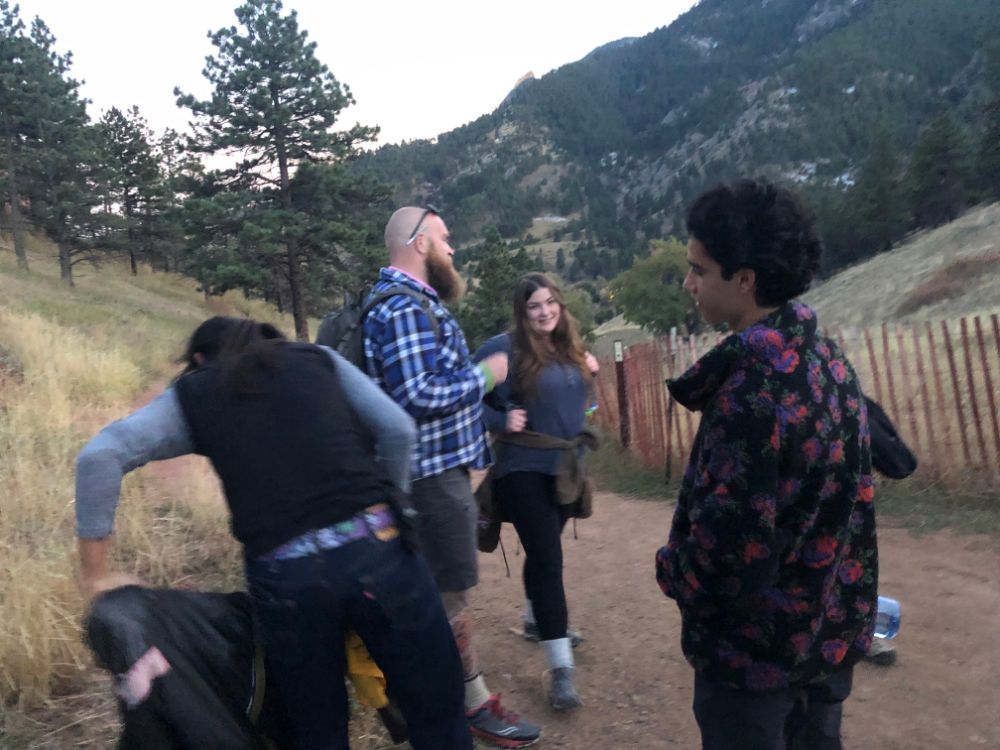 Having completed this trail multiple times and always finding ourselves on a closed path, we opted to take the counter-clockwise route, ascending along the back side of the mountain as the sun set and darkness took over. We had offered glow sticks to the first few attendees, and many brought flashlights and headlamps to light their way. 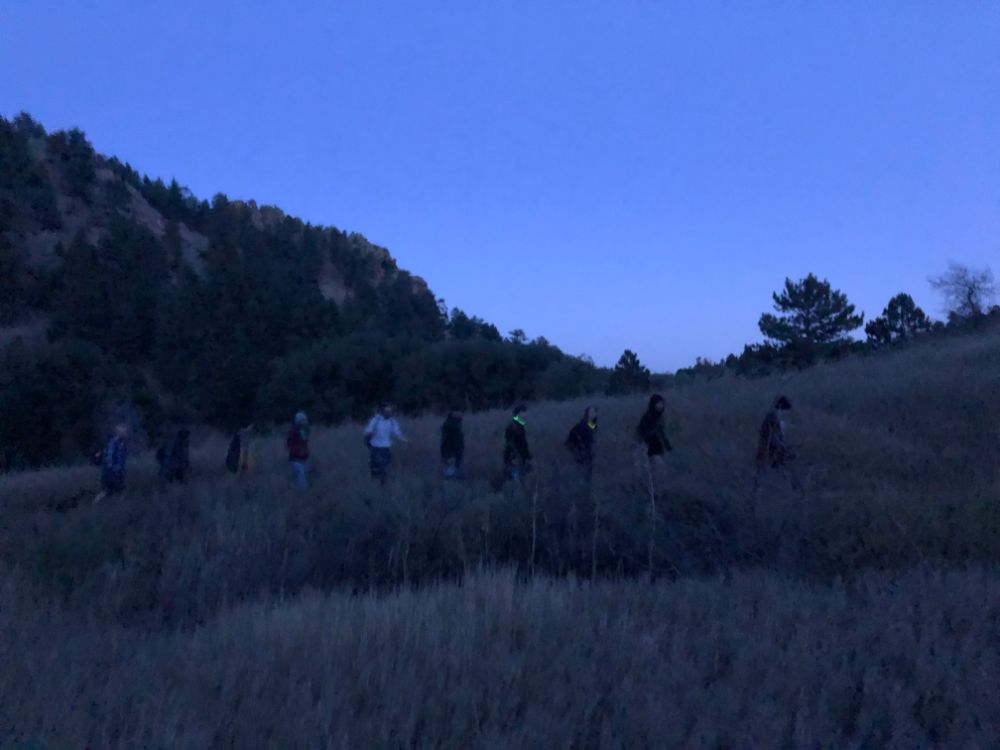 The crew took multiple breaks, or “summits” as they facetiously became known. These small smoke breaks allowed people to maintain an appropriate high while taking in the full moon, which had begun rising just before 7PM. We lucked out and had a full moon and a clear night for the hike. Many took the opportunity to snap photos of Boulder under the moon’s gaze. 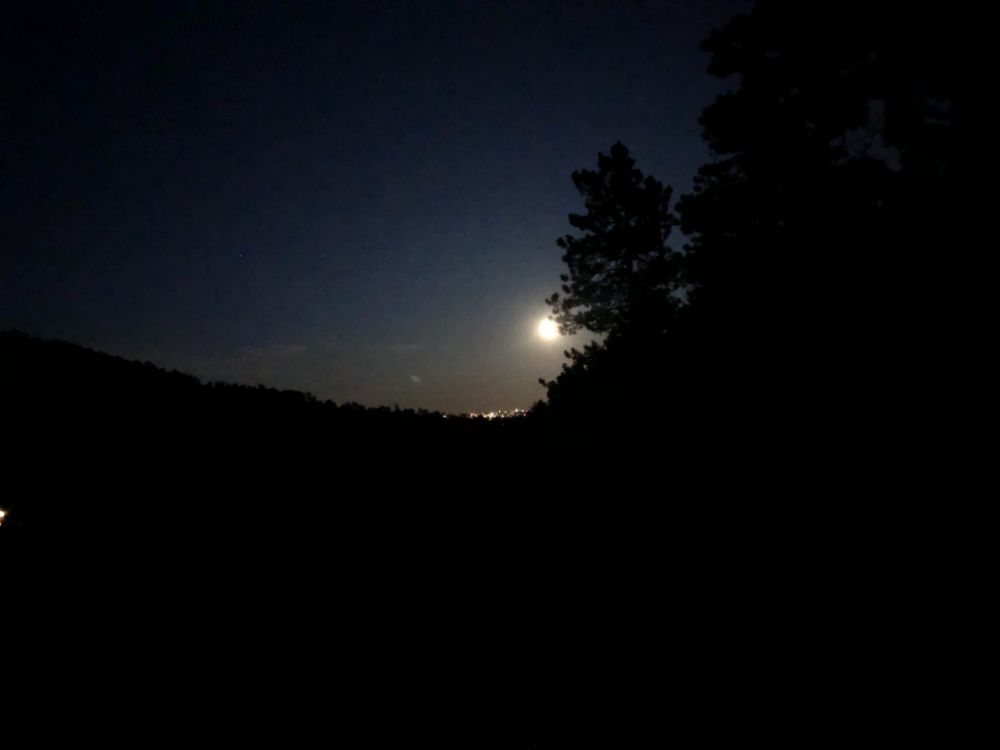 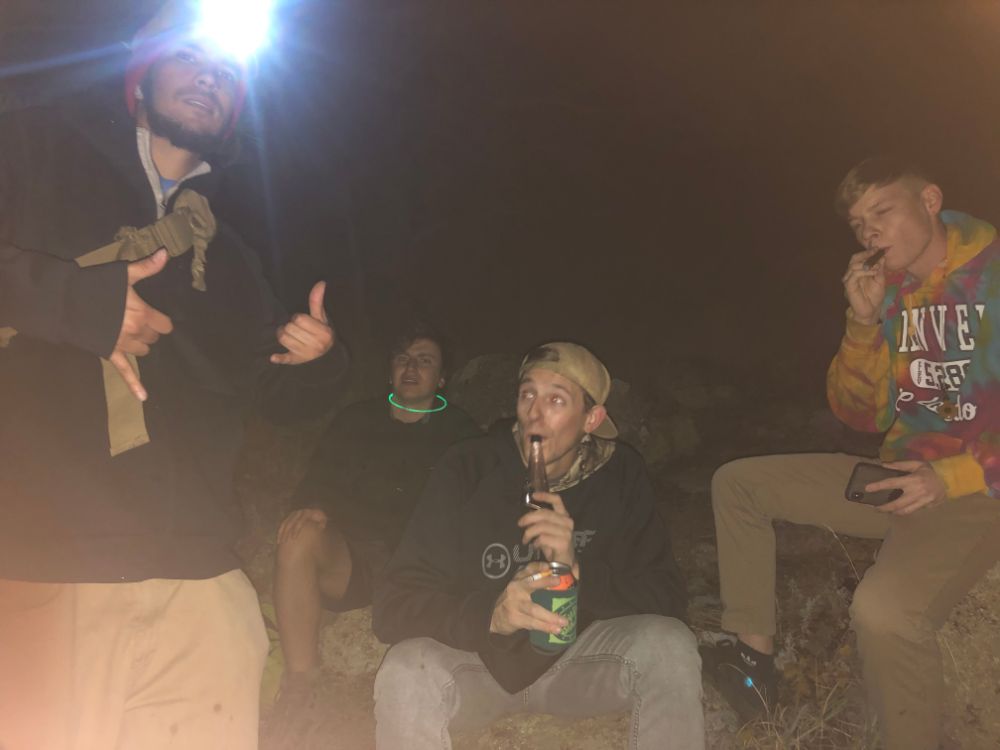 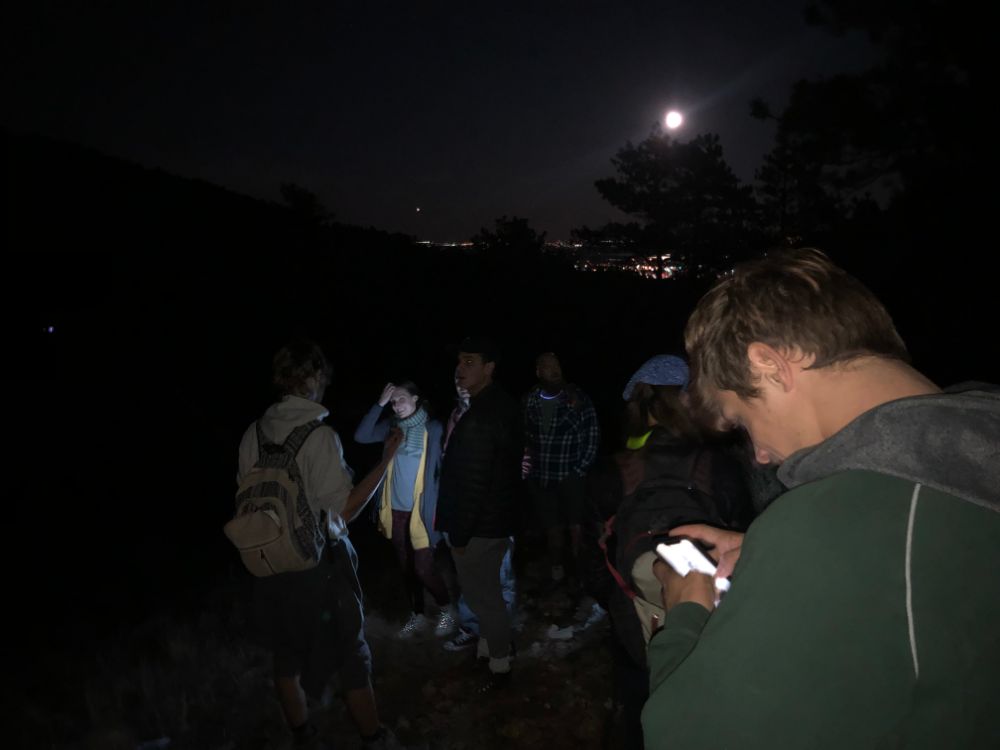 At the final “Summit,” I asked the crew if anyone was in a rush to head down the mountain or if they wanted to have a proper sesh before heading back down. Everyone opted for a relaxed sesh, and multiple rigs and rolled options came out, throwing cannabis vapors into the brisk fall night air. Verde also thanked everyone who had attended and offered a special deal for those that made it down the mountain and into their nearby shop before the close of day. 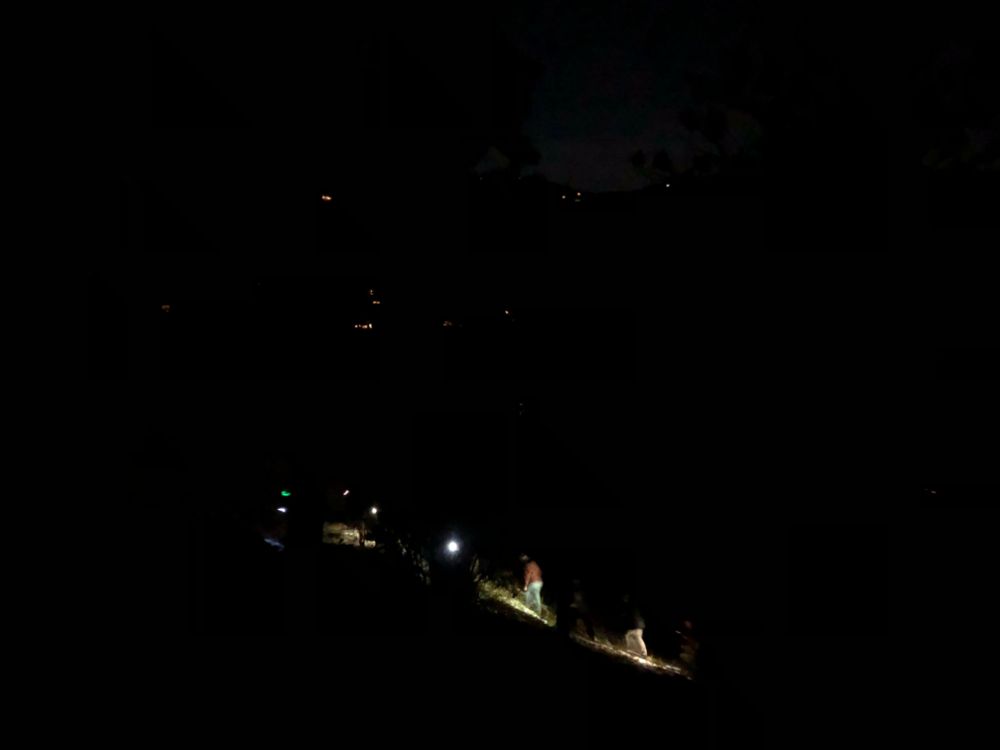 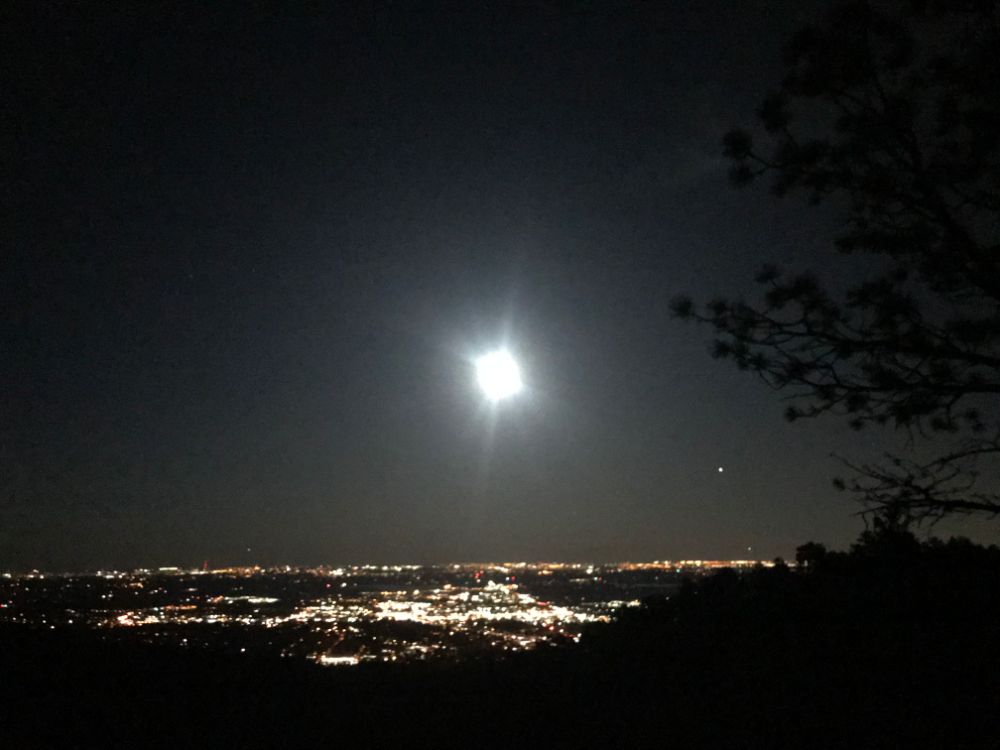 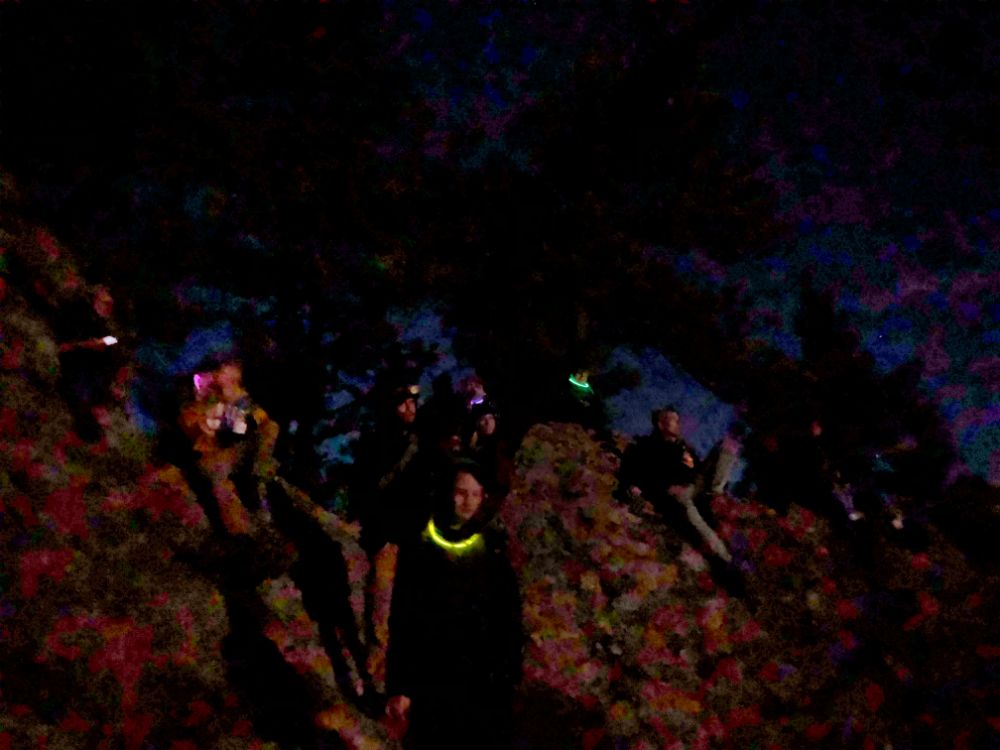 Many hung around and watched the moon, enjoying the quiet stillness of the evening before eventually beginning the descent. Similar to our uphill journey, downhill was quicker but steep and slippery. The crew managed to stay on the path the entire way, and make it back in plenty of time to hit Verde and grab sandwiches downtown in Boulder. 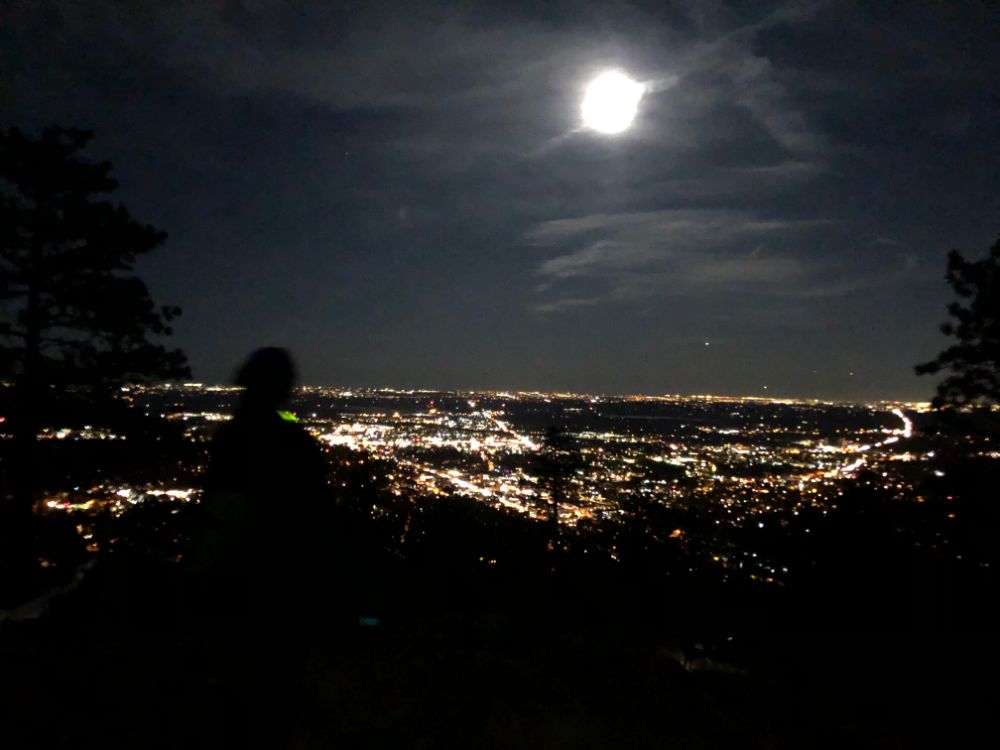 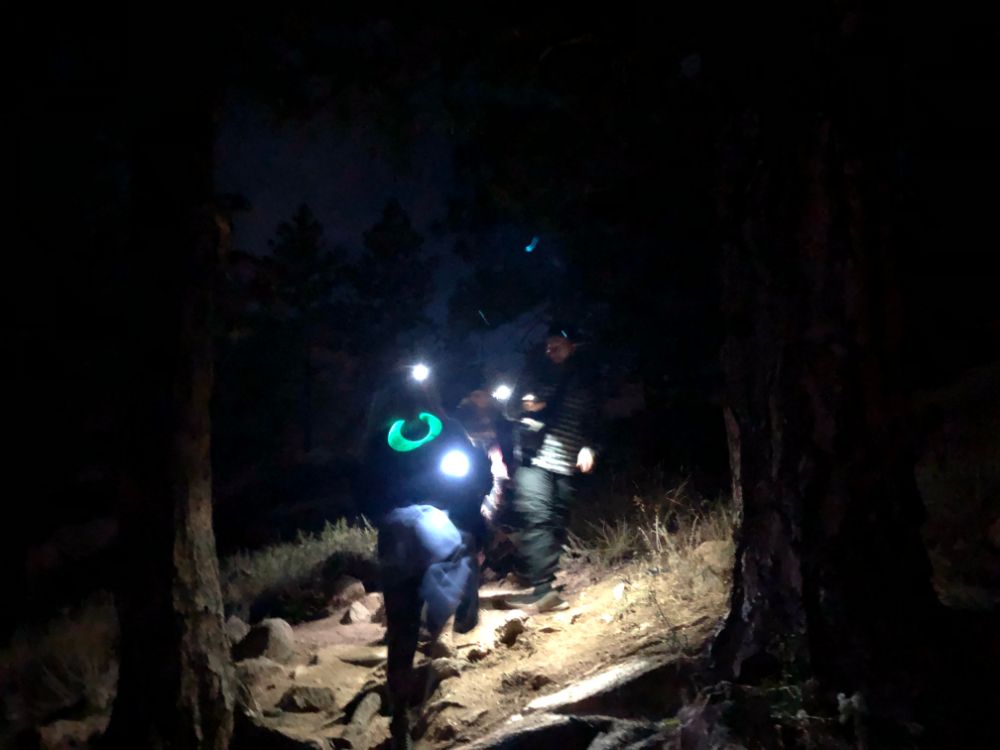 Tonight’s sunset hike was a perfect way to wrap up our fourth Colorado season and I cannot thank everyone enough who has supported, attended, sponsored, or otherwise contributed to CannaVenture’s success so far. 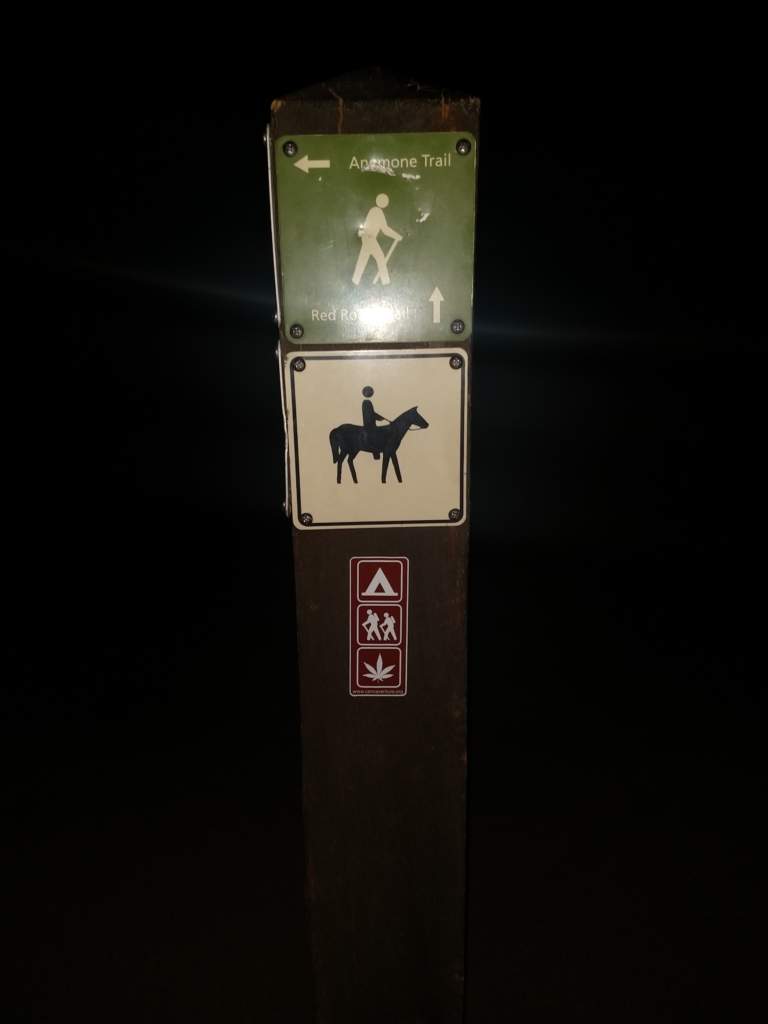 As a reminder,  our Tennessee Crew is leading one last hike, their halloween hemp hike, on October 26th in Lebanon, TN! This is your last chance to get another CannaVenture in before the year is done, make sure to RSVP to join Trevor and the gang.

Our fifth season kicks off April 19th, 2020 with our first hike, and our first campout of 2020 will be our annual Discs-n-Dabs™ tournament. Invites will be made available beginning in early January.

Thanks again and have an incredible winter. We hope to see you soon!

P.P.S. More photos! Send in yours to have them included! 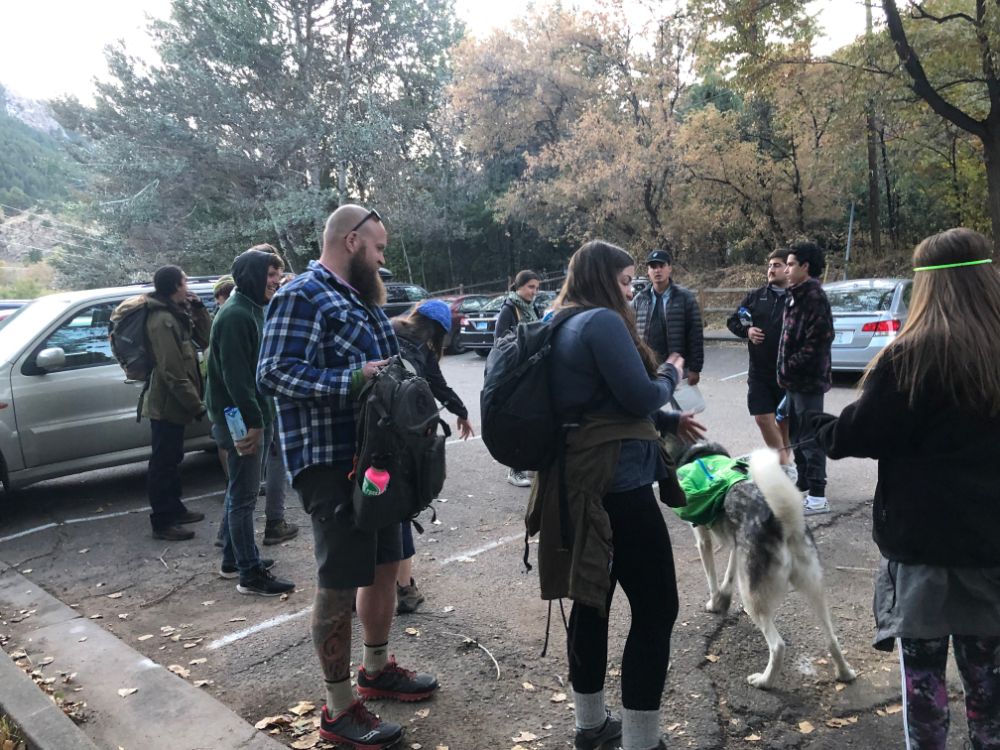 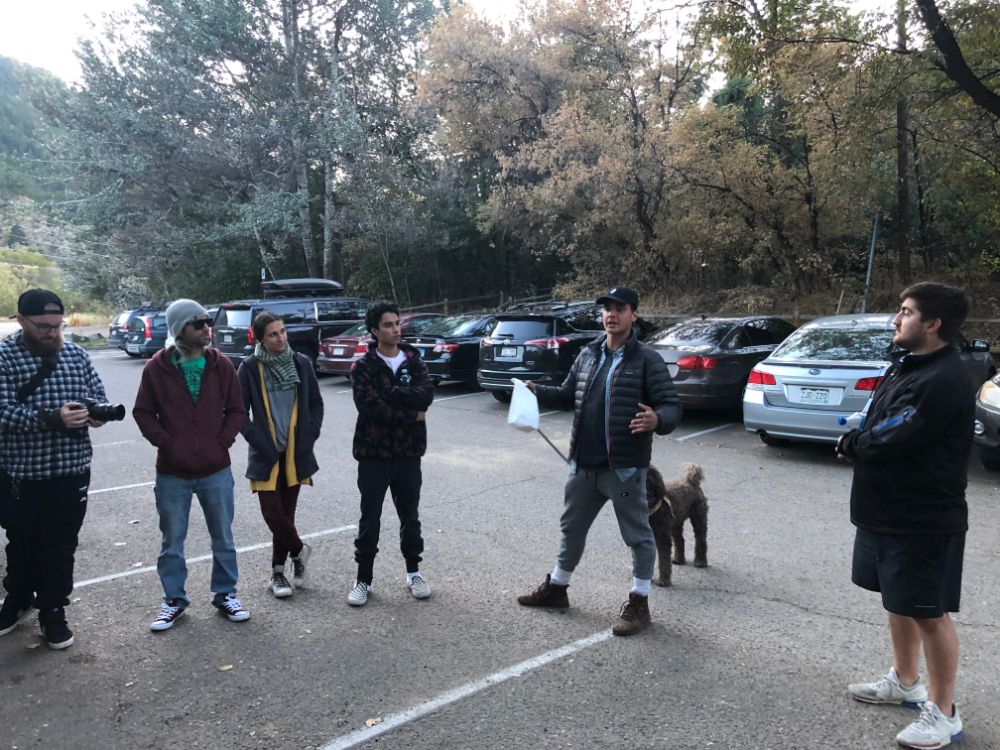 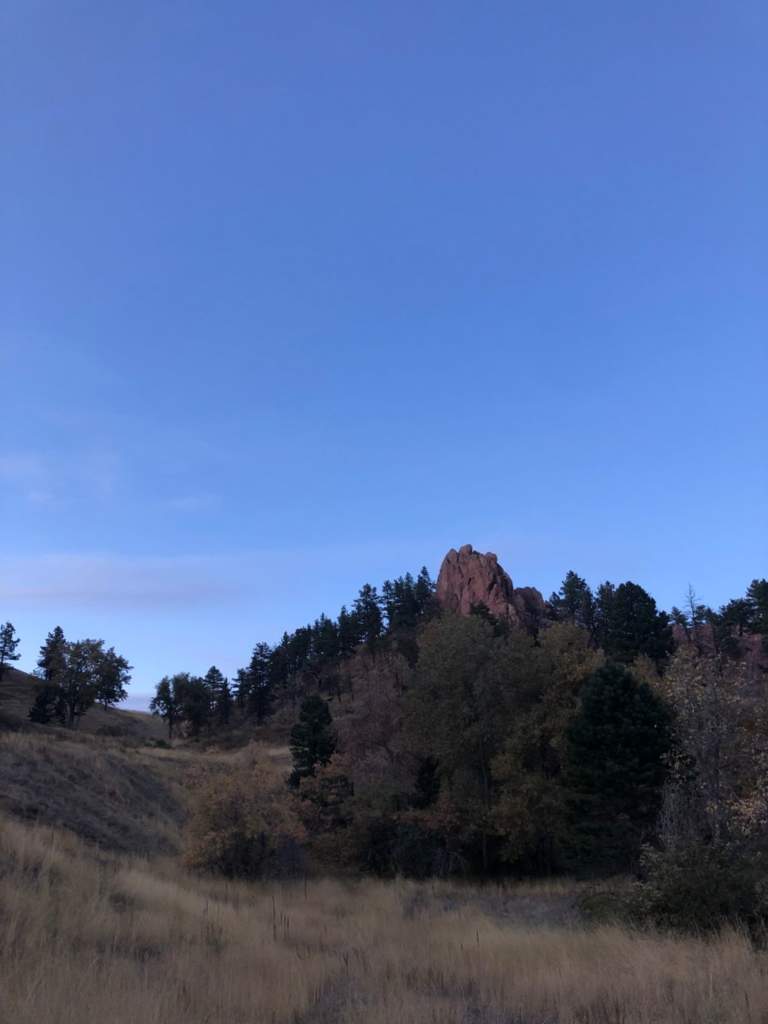 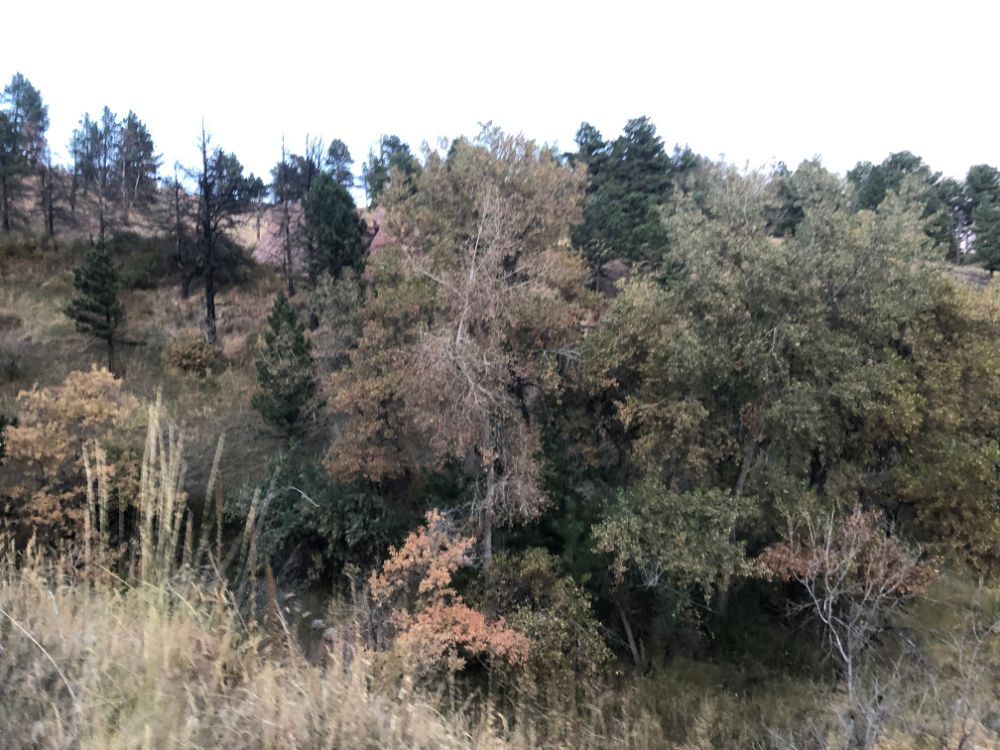 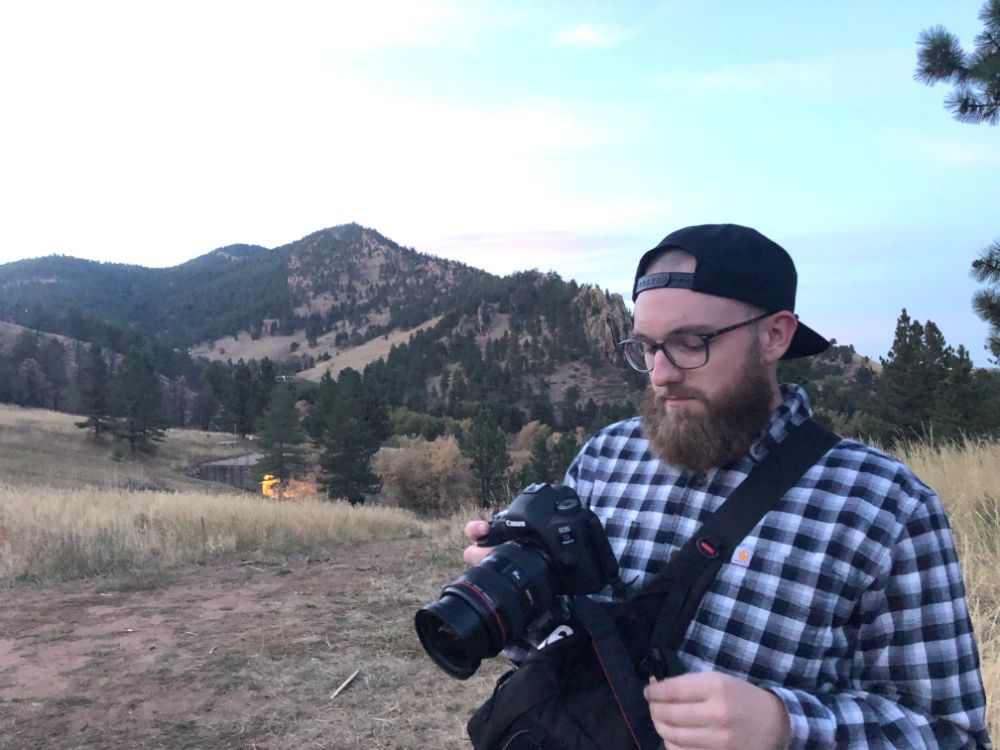 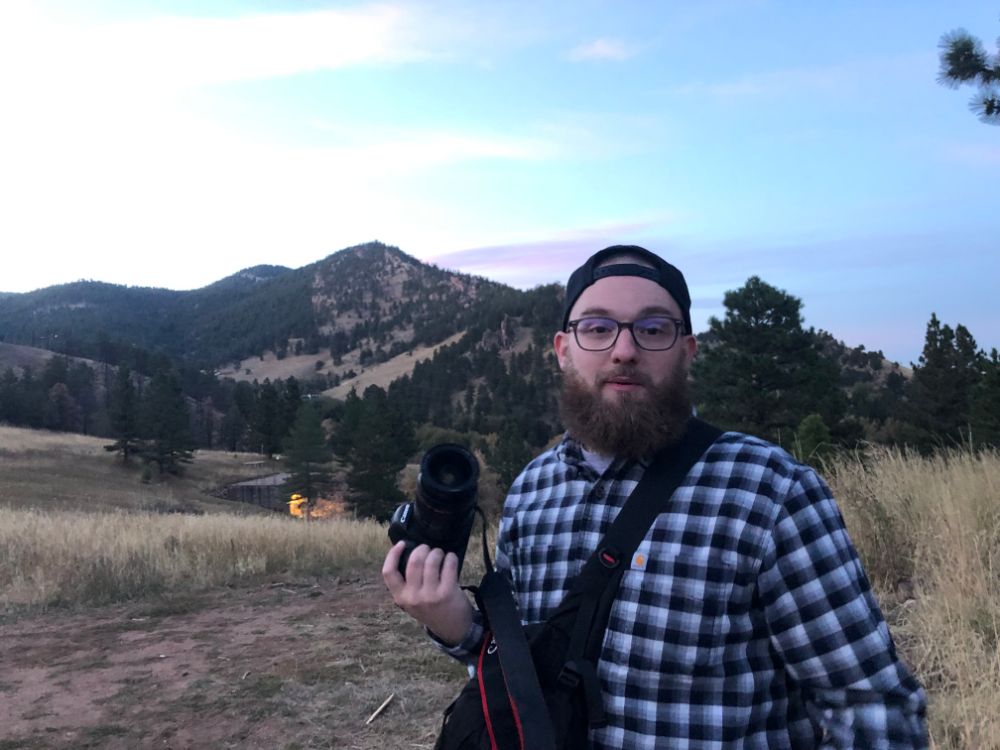 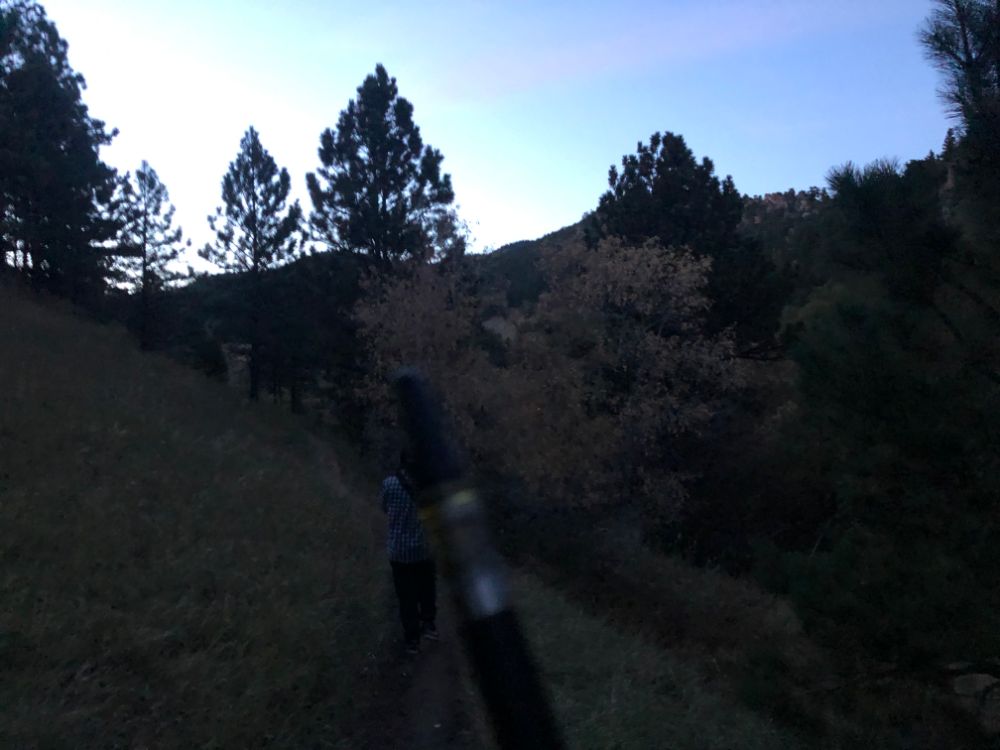 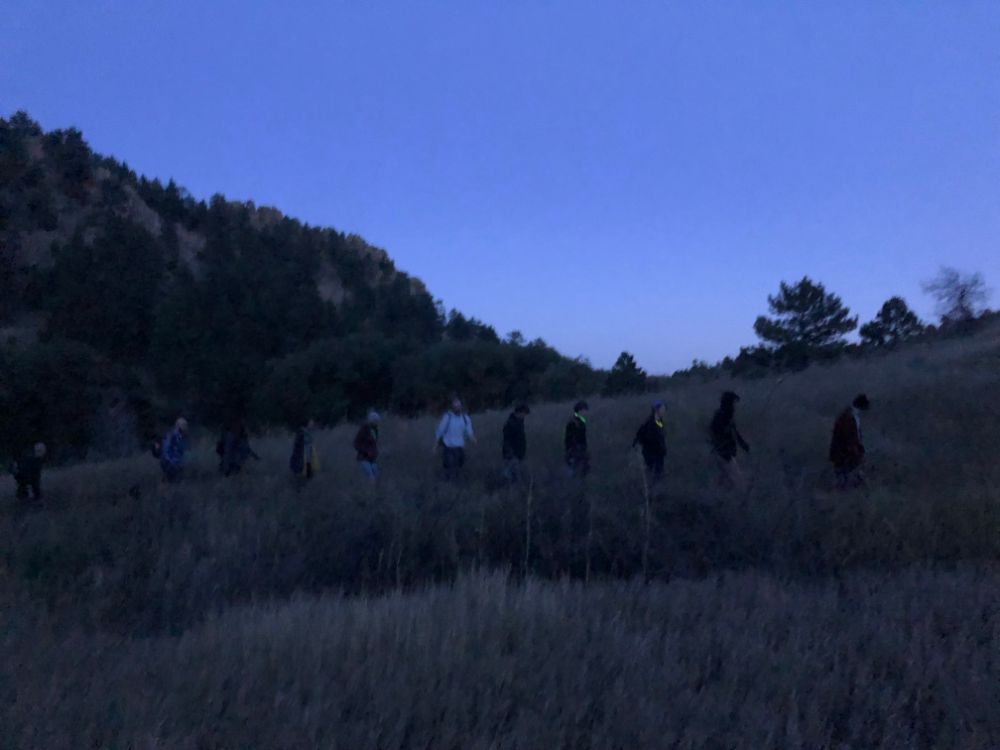 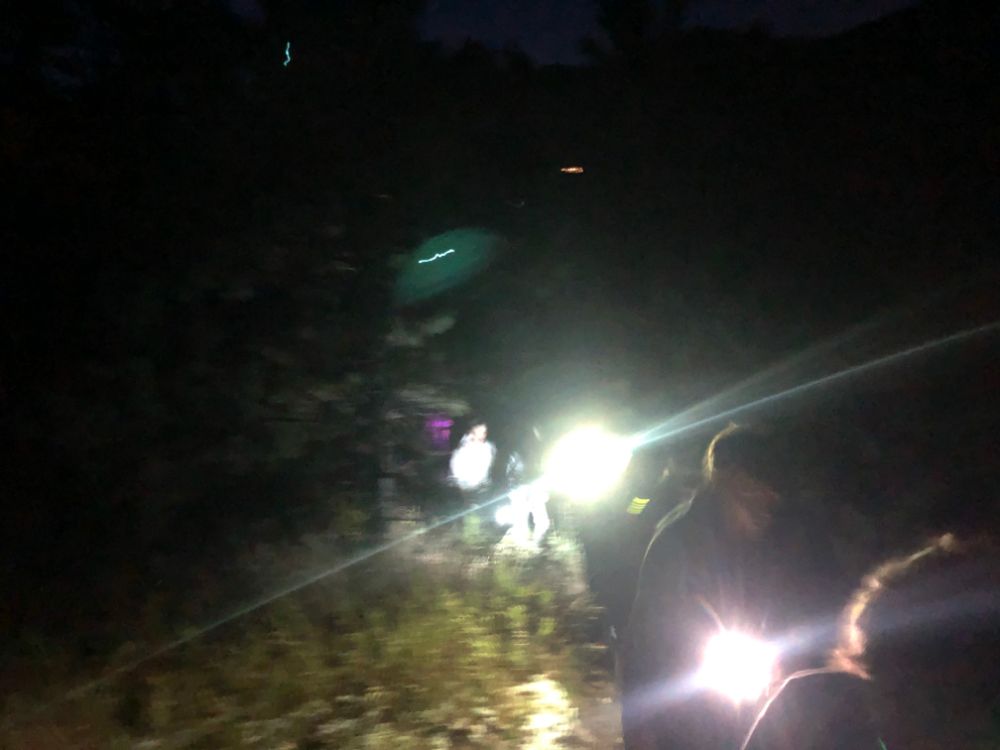 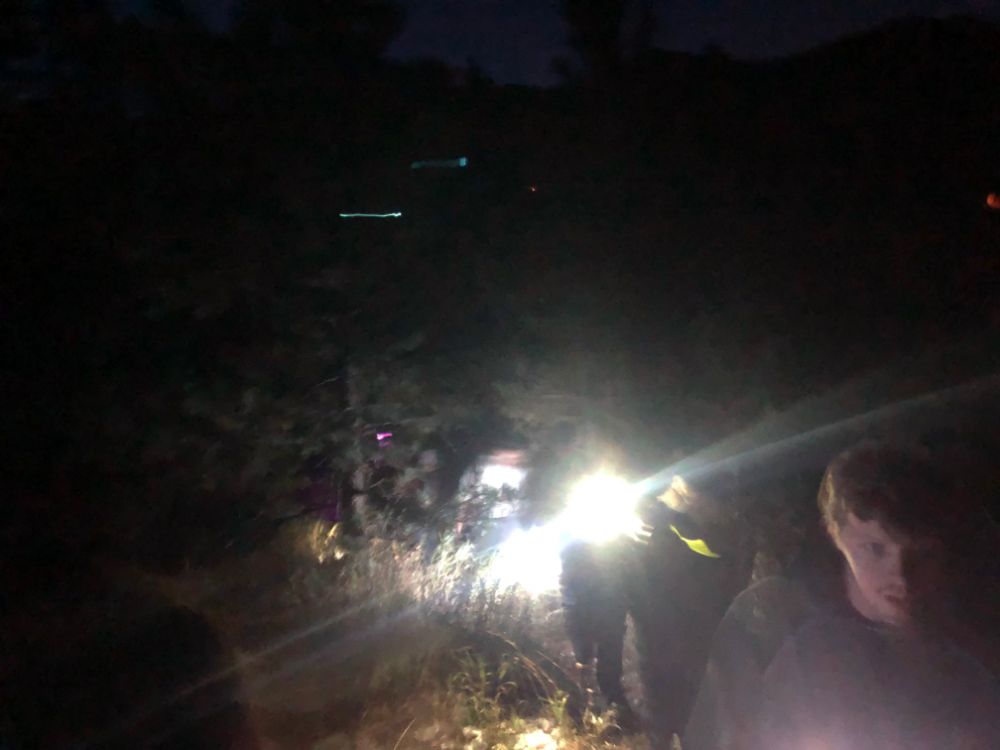 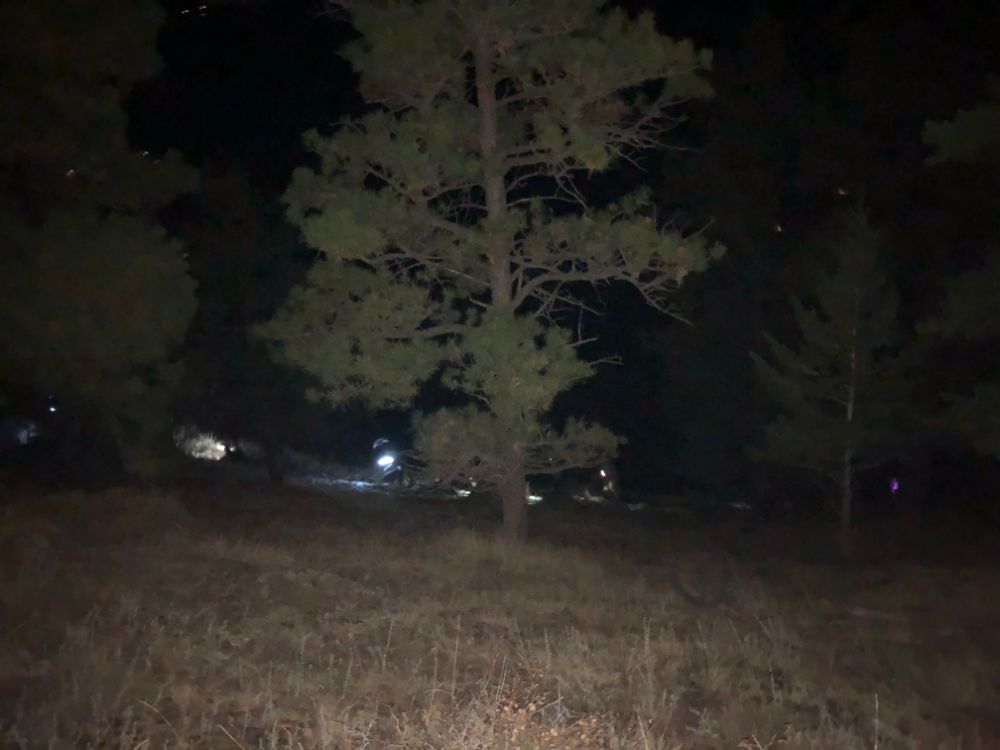 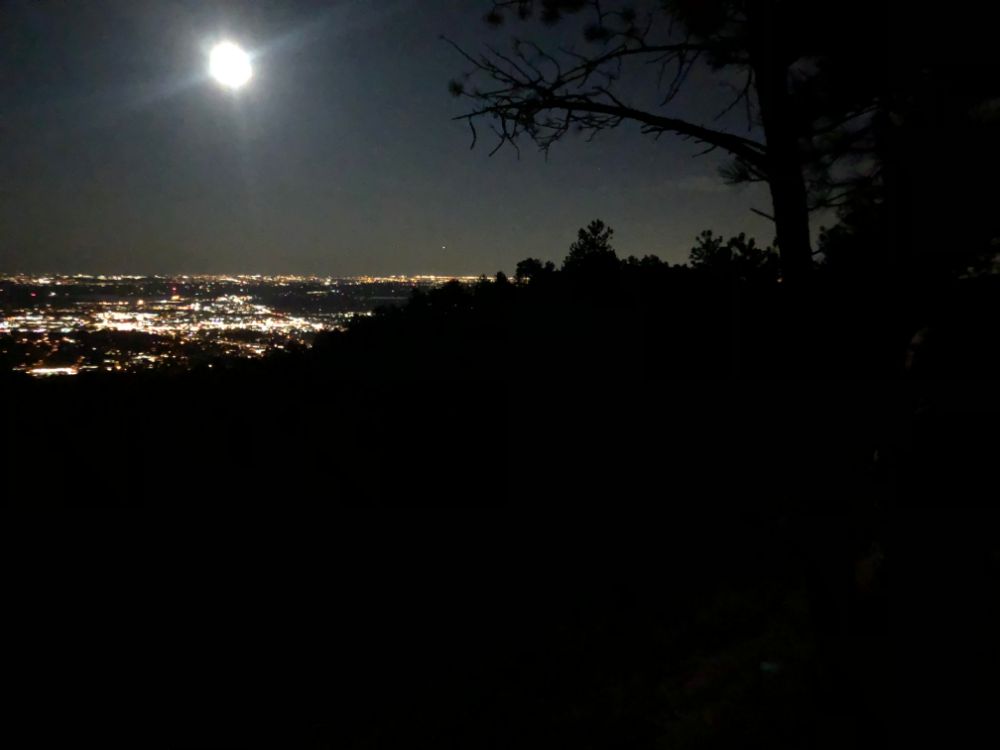 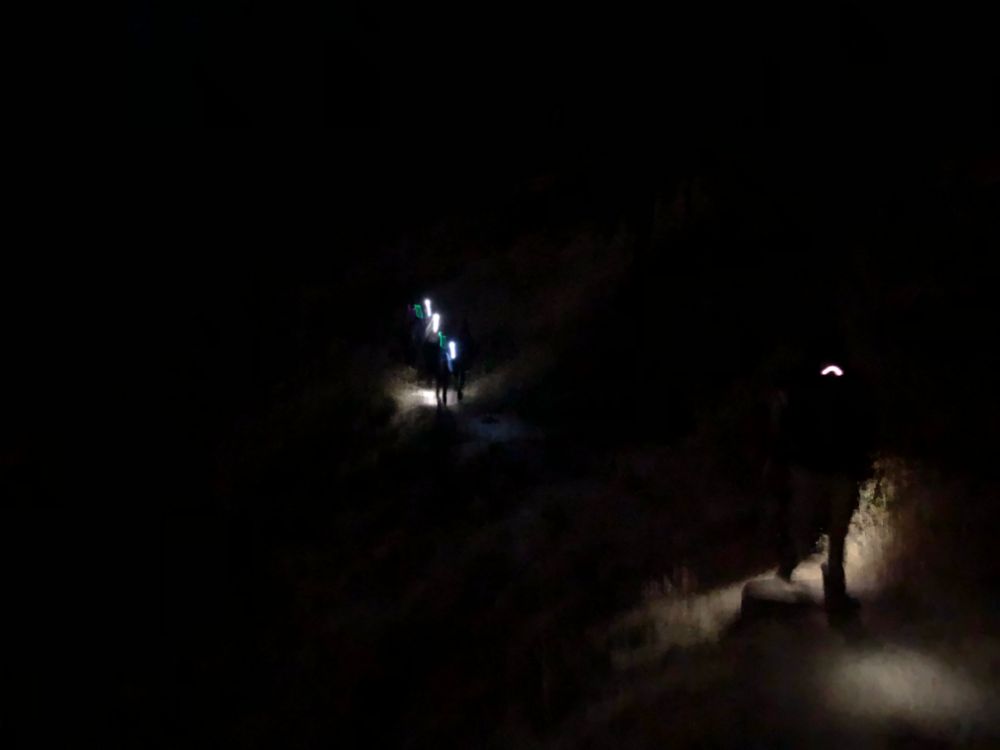